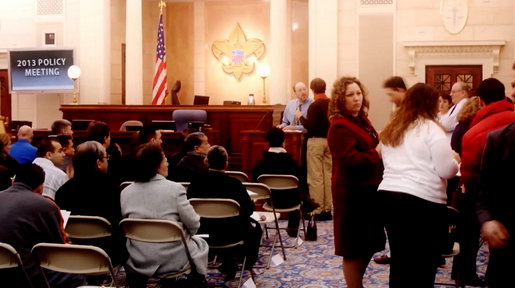 Just another day in the lying land of the Family Research Council.

The image above was used in FRC’s recent propaganda to show several concerned people at a “Boy Scouts Policy Meeting.”  See the placard on the left side of the picture saying “2013 Policy Meeting?”  See the Boy Scouts emblem near the center of the image?  Jeremy Hooper from Good As You found just one, little problem:

It’s a complete fabrication. FRC simply Photoshopped a Boy Scout logo and a “2013 Policy Meeting” placard onto an existing picture that they lifted from another site. The picture in question is actually from the website LegalGeekery.com and is described as being from the United States District Court for the District of Massachusetts.

The LegalGeekery post is from 2009. See the original image below BEFORE Family Research Council performed their bigotry magic on it: 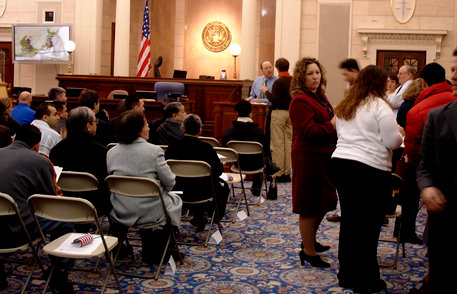 So, here’s the thing, kids: if you have swallowed any of the FRC’s sad diatribe against the LGBT community up to now, think about who you follow. Because for all you know, they are as fake as the image at the top of this post.