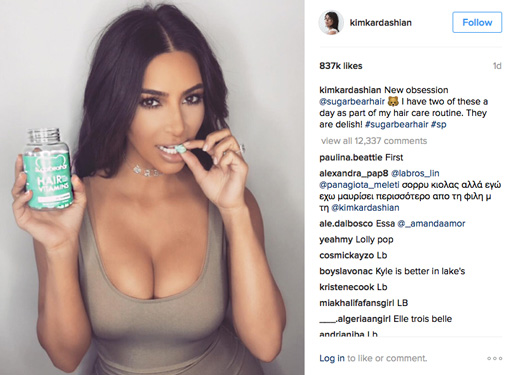 The New York Times has an interesting article about the Federal Trade Commission cracking down on the paid posts of celebrities on social media, encouraging folks to make paid posts more obvious to viewers.

The article focuses mainly on how folks like Kylie Jenner are having to alter their language on social media from phrases like “Thanks for the birthday home, AirBNB” to “Thanks for the gift of a lovely birthday home, AirBNB.” The FTC is also advising folks add “#ad” or “#sponsored” at the start of those kinds of social media posts. The main point being that it should be clear to viewers the post is paid for.

At this point, we all know when we see a brand anywhere in social media, someone’s getting paid. But have you ever wondered how much?

The NY Times article goes on to cite one Snapchat user who, with 700,000 followers, gets from $10K up for a sponsored “story,” which is a collection of video and stills that evaporates after 24 hours. The user mentions he booked five such posts the prior month.

So, kids, if you have a sizeable following somewhere, what are you waiting for?