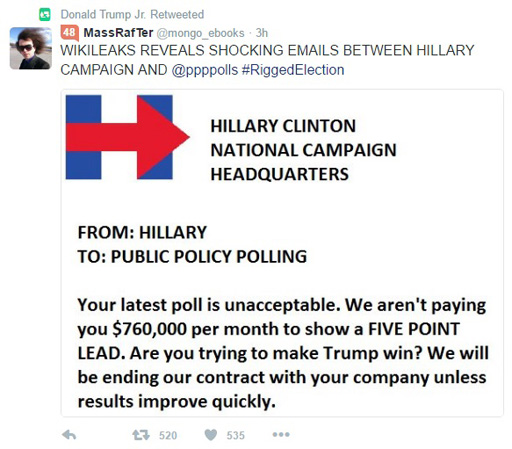 A wannabe Trump troll really got the more gullible Trumpers in a frenzy today as they breathlessly retweeted what they believed was “proof” that Hillary Clinton was paying off pollsters to show her leading in the race for the White House.

A sad little Twitterer who goes by the handle “MassRafTer” posted the poorly Photoshopped image above trying to pass it off as a communication between the Hillary Clinton campaign and Public Policy Polling.

The truly cringeworthy aspect of the exercise was in seeing how many Trumpers believed the “fake email.”

The next thing you know, Donald Trump Jr. retweeted the post and folks lost their minds. Mainly because Don Jr. fell for a such a badly done fake.

Even Public Policy Polling got into the fun by retweeting an Upworthy writer who called Jr. out for his naivete. 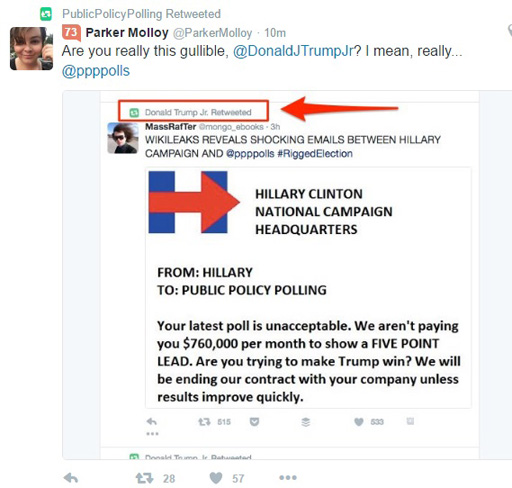