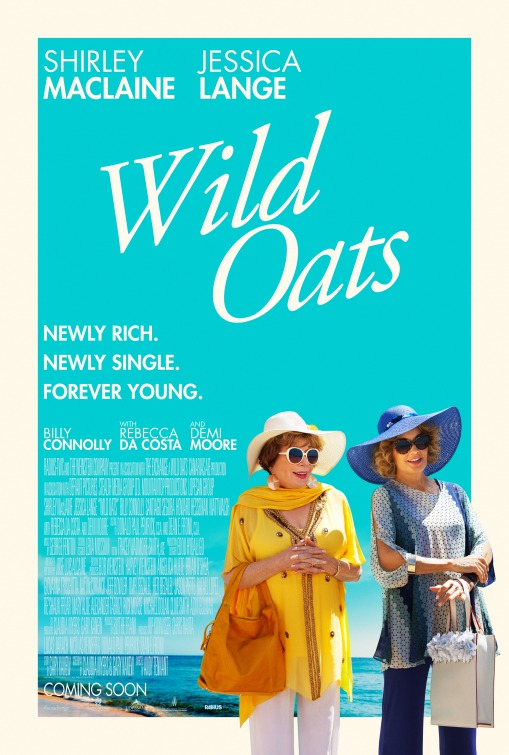 If you’re a “Grace & Frankie” fan, you might be interested in the upcoming Wild Oats flick starring Oscar winners Shirley MacLaine and Jessica Lange.

Bearing the tag line “Newly Rich. Newly Single. Forever Young.” the film involves a death, an insurance check and a road trip in store for the two besties.

When a woman accidentally receives a life insurance check for $5,000,000 instead of $50,000, her friend convinces her to keep the money and they both end up on a mad dash towards the Canary Islands.