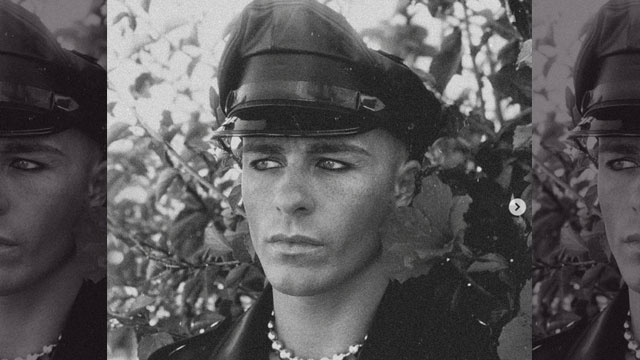 Colton Haynes (Arrow, Teen Wolf) went all leather daddy in an Instagram post on Monday paying tribute to the iconic images of Tom of Finland.

Haynes shared a trio of black and white photographs capturing Haynes in old school leather jacket and hat with the caption, “This film is not yet rated.”

Included in the post were two sketches by Tom of Finland (real name Touko Laaksonen) whose homoerotic drawings shaped the fantasies of a generation of gay men before crossing over into broader cultural awareness.

Of course, fans of the CW super-hero series Arrow know this isn’t Haynes’s first trip to the leather rodeo. His character ‘Arsenal’ rocked a red leather super-suit in his adventures.

And speaking of fantasies, Haynes revealed in a recent Instagram post that the Teen Wolf pack is getting back together.

Recognizing the 4th anniversary of the Teen Wolf series finale MTV announced, “We’ve heard your howls and we’re howling back.”

Series creator Jeff Davis has reportedly inked a deal to produce a Teen Wolf movie for Paramount+ with the original cast including Haynes and series star Tyler Posey.

Look for the howling to resume when the film is released in 2022.