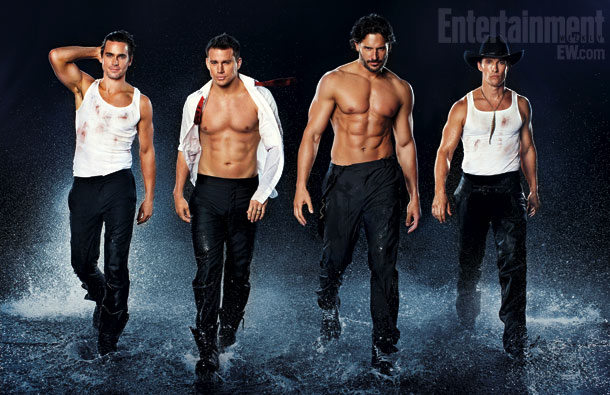 Get ready to “Channing all over your Tatum”, kids.

Channing Tatum tells The Hollywood Reporter that the sequel to Magic Mike is in development:

“We’re developing Magic Mike 2, but [director Steven
Soderbergh] really wants to be done directing movies,” says the new dad,
who revealed that he may direct the follow-up himself. “We’ll see. I
wish people would lobby him to finish what he started: ‘Come on, man!
Stop being stubborn and come back.’ I’ve said that to him, but he is a
very fixed-in-his-ways guy, and if he says it, it is hard to change.”

So what will Magic Mike 2 be about? “It will be a road-trip
movie, and it will essentially be the movie that everyone thought the
first one was going to be: crazy and fun and less slice-of-life and less
drama. The first one, we had to make not so cheesy and campy; this one
we are going to swing for the fences.”