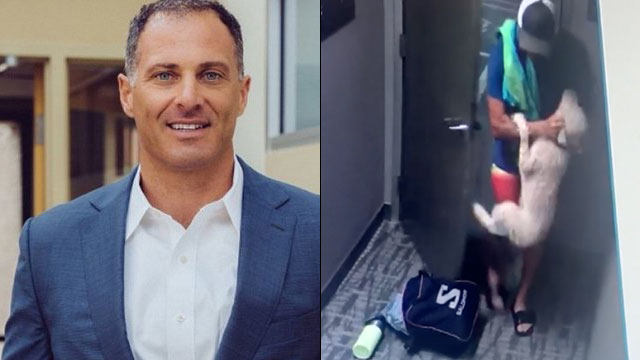 In the short clip captured by security cameras, Previte can be seen thrashing and choking his 4-month-old dog Bici outside his apartment in the Seychelle Condominiums building in Santa Monica, California.

After the video went viral, Previte reportedly emailed friends and colleagues saying, “I want everyone to know that I truly regret my actions on August 22, 2020. Words can’t fully describe how sorry I am for what happened.”

“I lost my temper and took unreasonable and unjustifiable action in attempting to discipline my dog Bici,” continued the 46-year-old executive. “As I have said, words are not enough here, Bici is no longer living with me and is with another loving family. I have also stepped away from my job and am enrolling in anger management training.”

Initially, Previte declared there was nothing illegal about his actions. But the Santa Monica Police Department issued a statement which included, “Based on the information received, Santa Monica Animal Control Officers turned their reports over to the Santa Monica Police Department Detectives who will present the case to the District Attorney’s Office for consideration of violation 597(a) of the California Penal Code, Malicious Mischief Against an Animal / Animal Cruelty.”

His brother Nolan Previte, who works as co-CEO of EBI Consulting with his sibling, defended his brother’s actions in an email to employees saying Jeffrey is “kindhearted” and “deeply cares” for the puppy. He explained the vicious treatment as “zealous discipline of the dog for peeing on the rug.”

Santa Monica police confirmed they were aware of the sickening video and are currently investigating it as a possible incident of animal abuse.

The video clip is below. Warning: Very disturbing content.