Facebook is launching a campaign to recruit volunteers to work the election polls for the presidential election.

Facebook is launching a recruitment drive for poll workers this weekend, putting messages into users’ News Feeds with links to poll worker registration sites in their state.

CEO Mark Zuckerberg said in a post announcing the drive that it was part of the company’s larger voting information campaign, which has a goal of helping 4 million people register and vote.

“Voting is voice, and in a democracy, it’s the ultimate way we hold our leaders accountable and make sure the country is heading in the direction we want,” Zuckerberg wrote.

The social media giant also will join dozens of other companies offering paid time off to employees in the US who work the polls on Election Day, according to Zuckerberg’s post. 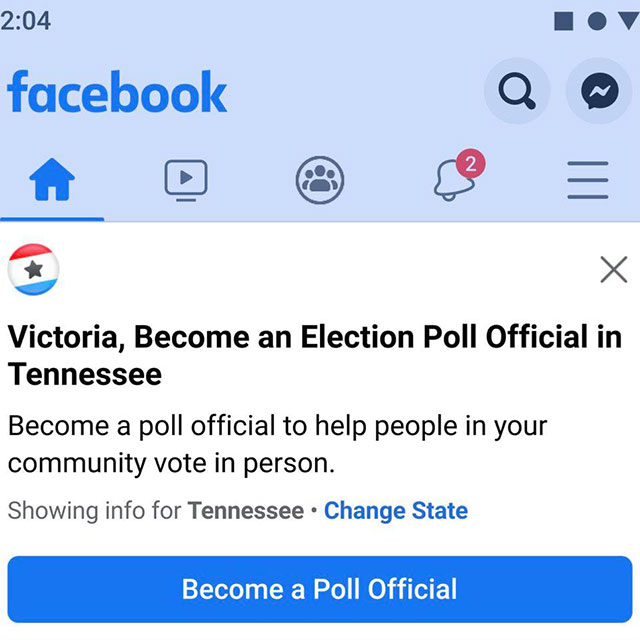