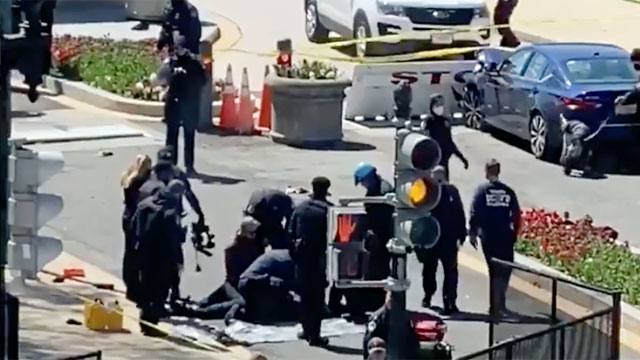 UPDATE: The New York Times reports the suspect was shot and killed.

CBS News correspondent Skyler Henry reports one of the injured officers has died.

The U.S. Capitol went into lockdown after two Capitol Police officers were reportedly struck by a vehicle near the north entrance to the U.S. Capitol building.

The Capitol complex was locked down, as the agency instructed staff to remain indoors, away from doors and windows, as eyewitnesses posted videos of a large law enforcement response.

“A suspect is in custody,” the Capitol Police said on Twitter. “Both officers are injured. All three have been transported to the hospital.”

Images from the scene posted on social media appeared to show emergency workers treating someone on the driveway of the Capitol.