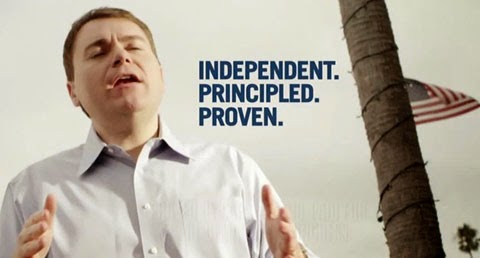 I’m not sure how “independent” he is, in that he told a group of tea baggers that he “owes everything” to the Tea Party.

But you know, he’s independent.

Plus, you’ll remember DeMaio reported a break-in at his campaign offices earlier this year. It was then reported that authorities believe the break-in was staged by his own staffers.