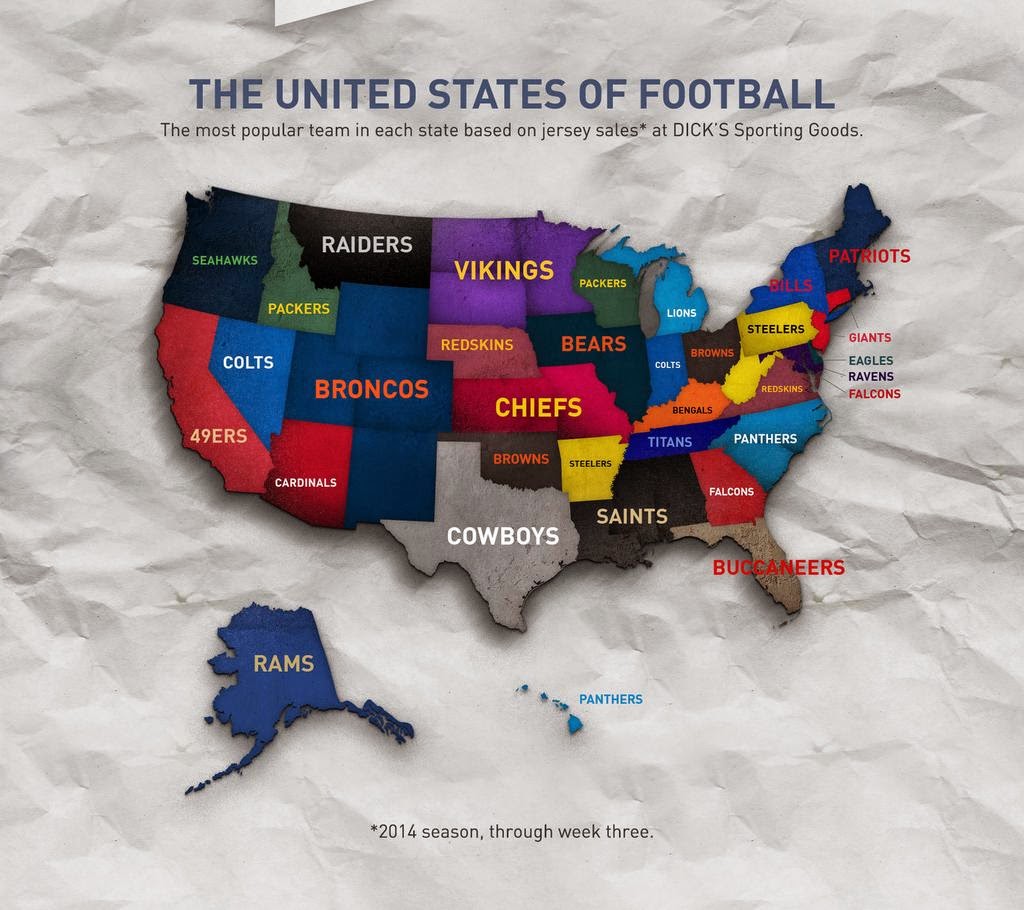 This is, according to the folks at Dick’s Sporting Goods, the official ranking of the best-selling players jerseys nationwide at this point in the current NFL season.

Apparently, Alaskans really like the St. Louis Rams and Hawaiians are big on the Carolina Panthers.

My home state of Nevada would be bullish (“coltish?”) on the Indianapolis Colts, but truth be told I’ve never heard anyone here say “Go Colts.”

(Although I do think the Colts’ current quarterback Andrew Luck is pretty talented).