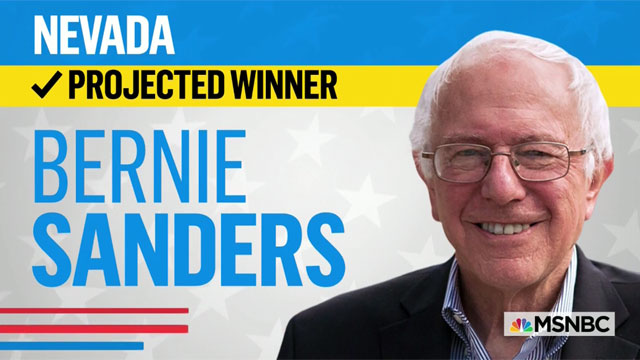 Sen. Bernie Sanders (I-VT) has been projected to win the Nevada Democratic caucuses.

Sanders will now be able to boast he received the most votes in all the first three contests, he has the most delegates, and that he has widened his appeal beyond just white voters.

UPDATE: The results are slowly coming in (not Iowa slow, but slow) but here’s where things stand at 60 percent results tabulated: