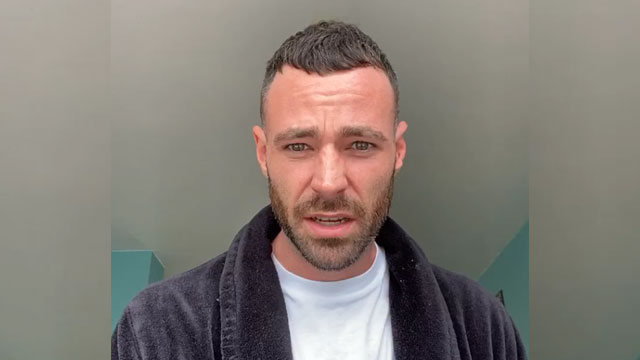 Sean Ward, former star of the UK soap opera Coronation Street, says his anti-vaxx protests have cost him his income as “no one would hire me,” and he can’t afford rent.

But then, amid the pandemic and the emergence of life-saving shots, Ward apparently began scouring through online propaganda promoted by anti-vaxxers. Even though health officials, like NHS England, have noted the jab has saved upwards of 127,000 lives in England, Ward has publicly protested the shots saying they are directly responsible for an enormous number of deaths.

In any case, a day ago, Ward told his fans via Instagram how he’d lost his income because “no one would hire me whether in front of or behind the camera, all my usual ways of making money just stopped.” He went on the say he found himself unable to pay his rent, so he “gave up my 4 bed house” and moved onto a friend’s couch after putting his belongings in storage.

But after a period of time, he was unable to pay for the storage unit, so the storage company sold his belongings.

“My whole life was in that storage unit. I lost it all. I was devastated but I couldn’t ask anyone for help because it was my choice to speak out,” wrote Ward. “Luckily I got my mattress out in time and I’ve been sleeping on that in a friend’s spare room for over a year now.”

In September 2021, he was arrested at an anti-vaxx protest. He told his Instagram followers he now sleeps on a mattress in a friend’s spare room.

He added that he’s lost a lot of weight, his teeth “began to fall out” as well as his beard. His car was also seized by the DVLA for “having no tax.”

“I was mentally drained and felt so lost on my own. Was it all worth it? Yes! If I’ve saved one life then yes!”

Sadly, it’s as though Ward is living in an alternate universe or ‘through the looking glass’ where up is down and down is up. Reading through his social media, it seems like he’s earnest in believing he’s “saving lives.”

But, he’s not. If anything, he could be convincing people to avoid a shot that could keep COVID-19 from killing them.

There’s no legitimate evidence the jabs are “killing” huge numbers of people and tons of data to show getting the shot is saving millions of lives.

It worth noting that ANYONE can report an incident on VAERS. Anyone. There have been reports that some anti-vax folks have posted false events on VAERS in an attempt to make the vaccines look bad.

Meanwhile, while Ward says he just wants “an open debate” about the shot, he apparently blocks folks who disagree with him on social media.

This is someone I tried so hard with who I know/knew through a mutual friend. He speaks of "health debate" on his IG page but if you post to many things that contravene his core beliefs he'll just ban you. I've been through 8 IG accounts 1/https://t.co/0YVp1JyCgl

The irony of ‘actor’ Sean Ward saying if his sharing of anti-vax misinformation ‘saves one life’, it’s worth losing his job, home & car. In reality it’s the complete opposite – misinformation is causing serious illness & fatalities.

Spread Damaging Information that could lead to peoples death on a large Platform then the repercussions hit hard.

A lesson in critical thinking and reality.

An example of how people allow beliefs to trump actualities and complain when it bites them.
https://t.co/eMRBL5gsnC