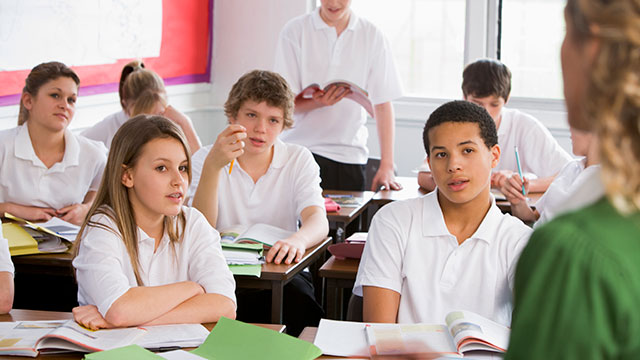 A new bill spearheaded by Republicans in Arizona would require teachers to out students to parents even if the student spoke to a teacher in confidence.

GOP bill in Arizona would force teachers to out LGBTQ students to parents https://t.co/16w8F9H4Vd

The legislation, House Bill 2161, would make it illegal for a government employee to withhold information that is “relevant to the physical, emotional or mental health of the parent’s child,” and specifically prevents teachers from withholding information about a student’s “purported gender identity” or a request to transition to a gender other than the “student’s biological sex.”

Jeanne Casteen, the executive director of the Arizona Secular Coalition and a former teacher, worried about how the reporting function of the bill would impact child abuse. Teachers are mandatory reporters, and Casteen said that every time she had to report child abuse, it was being inflicted by a parent.

Under Kaiser’s bill, she said, a teacher would also have to notify the parents — the likely abusers — that the child informed them of the abuse.

The proposed legislation would allow parents to sue school districts if a parent felt a teacher hadn’t complied in some way.

An Arizona House panel has voted in favor of H.B. 2161 — a bill that would, among other things, force teachers to out their LGBT students to their parents.https://t.co/hECHaiwT5Z