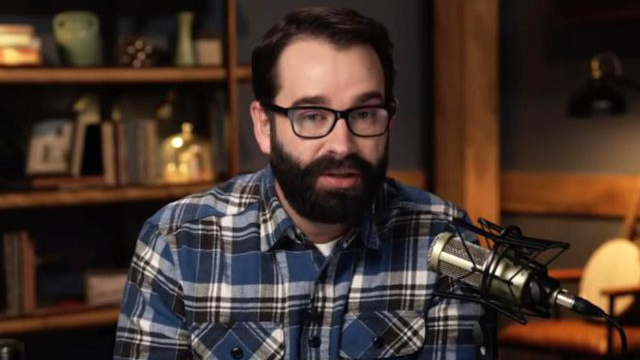 An anti-trans book titled Johnny the Walrus is currently #1 in the LGBTQ+ section of Amazon due to a mislabeling mistake.

The book, which promotes harmful anti-transgender views, was penned by far-right wing podcast host Matt Walsh of The Daily Wire.

Amazon needs to stop misidentifying Matt Walsh’s anti-trans propaganda as an “LGBTQ book,” which is promoting harmful anti-trans views to its consumers interested in LGBTQ stories.https://t.co/ZaN1jMVSMl

Walsh is a prominent podcast host at The Daily Wire, a right-wing media outlet and a cesspool of bigotry and hatred which frequently targets the LGBTQ community.

Walsh himself has a long record of espousing extreme anti-LGBTQ rhetoric, including falsely comparing best practice medical care for trans youth to “molestation and rape” and calling doctors who serve trans youth “pedophiles” — and now he has used Amazon’s mislabeling to claim he is an “LGBT author” and “one of the leading LGBT voices in the country.”

The description for the children’s board book claims that it is about “a little boy with a big imagination” named Johnny who “forced to make a decision between the little boy he is and the things he pretends to be.”

Walsh promoted the book during his appearance last night on Fox News’ The Ingraham Angle. He claimed that its #1 position on Amazon makes him “one of the leading LGBT voices in the country right now according to Amazon.”

The podcast host added, “Going forward, all criticism of me or my work is homophobic.”

Walsh has the right to pen whatever allegory he wants, but for Amazon to list it among LGBTQ+ books where folks are looking for true queer literature is appalling.

He last appeared on The Randy Report in October when he argued that Transportation Secretary Pete Buttigieg and husband Chasten should not have been allowed to adopt children.

This is horrible. @AmazonHelp Please remove this book from the LGBTQ category immediately. It is absolutely not an LGBTQ book. It specifically targets transgender people with hateful and dehumanizing rhetoric. https://t.co/KWw1xFVqVq