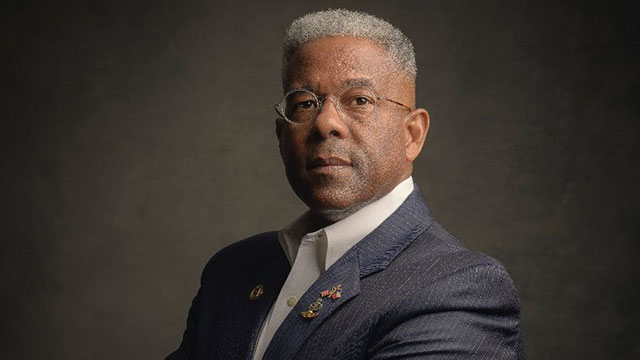 Former congressman Allen West went on a wild Twitter rant this morning against vaccinations from his hospital bed where he’s current being treated for COVID-19.

West, who is not vaccinated, shared that he and his wife had received monoclonal antibody treatment  in a Dallas ER on Saturday. West tweeted, “The results were immediate.”

However, his wife (who is vaccinated) was allowed to go home (see how that works?) while he remained hospitalized as his COVID-related pneumonia and low blood oxygen levels were still a concern.

3/ As stated previously, Angela was released to go home but there were concerns of COVID-related pneumonia for me. My oxygen saturation levels were initially at 85; they are now between 94-96. My blood pressure is at 120/74 and my recent temperature reading was 98.7.

After praising the hospital staff for “not forcing any harmful protocols on me,” West attacked vaccines.

“I can attest that, after this experience, I am even more dedicated to fighting against vaccine mandates,” tweeted West. “Instead of enriching the pockets of Big Pharma and corrupt bureaucrats and politicians, we should be advocating the monoclonal antibody infusion therapy.”

5/ I can attest that, after this experience, I am even more dedicated to fighting against vaccine mandates. Instead of enriching the pockets of Big Pharma and corrupt bureaucrats and politicians, we should be advocating the monoclonal antibody infusion therapy.

Many on Twitter pointed out to West that while the federal government is covering the costs of monoclonal antibody treatments, patients still have to shoulder expenses (about $1,800) to have the drug administered. And, of course, the treatments are manufactured by – guess who? – huge pharmaceutical companies like Regeneron and GlaxoSmithKline. Those would be the ‘Big Pharma’ folks West was demonizing.

Of course, if you get a vaccine shot you aren’t charged anything and you are less likely to run up a big hospital bill.

West went on to make unsubstantiated claims about the vaccines and his newfound ‘natural immunity’ which he declared to be double the protection of vaccines – with no medical facts to back that up.

“Instead of jabbing Americans, and not illegal immigrants, with a dangerous shot which injects them with these spike proteins…guess what? I now have natural immunity and double the antibodies, and that’s science.”

Earlier this week, when his infection was shared with the public, West let his followers know he was using potentially dangerous COVID “treatments” like anti-parasitic drug ivermectin and hydroxychloroquine. Neither drug has been proven to cure coronavirus infections.

7/ As Governor of Texas, I will vehemently crush anyone forcing vaccine mandates in the Lone Star State. There are far better protocols that individual citizens can utilize and decide for themselves.