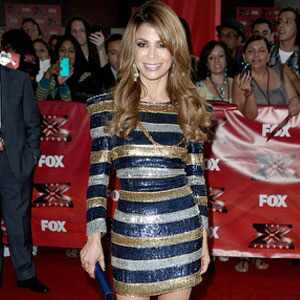 Sources tell E! News that Nicole Scherzinger and Steve Jones aren’t the only ones not coming back to X Factor next season.

Believe it or not, Fox has informed Simon Cowell’s longtime friend Paula Abdul she won’t be needed for the series’ next installment.

“She found out today,” says a show source. “At this point, the only ones staying are Simon and L.A. Reid.”

Another source confirms to E! News that both Paula and Nicole were not renewed, “Simon wants to take the show in a different direction,” says the insider.