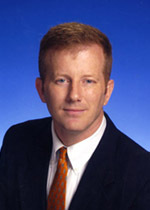 After attacking the rights of the LGBT community with his discriminatory legislation – “Don’t Say Gay” bill in TN – and his unfortunate twisting of facts regarding HIV on the Michelangelo Signorile Show – “HIV came from a gay man having sex with a monkey in the 1980s”), Stacey Campfield was asked to leave a Knoxville restaurant by the owner.

The owner, Martha Boggs, denied service to the Senator for his outrageous political views and statements – which was within her right as a business owner. Bigotry isn’t a “protected class.”

“As you may have read I was asked to leave a restaurant in Knoxville because my beliefs did not support the owners beliefs on homosexuality. I had not said anything. I was just standing there waiting for a table when the owner came up and started yelling at me calling me names and telling me they were not going to serve me because of my alleged beliefs saying I hate gays. I said in as calm a way as I could that I don’t hate gays and the things I have said were backed up by the CDC. I offered to send her the links.

“I have been quite open and clear on my beliefs and have backed them up with facts from the CDC and others. Unfortunately some people do not let facts get in the way of their prejudice. [snip] The cries of ‘Ha ha. we showed him!’ fall flat to me. It is not I who lost out. My friends and I still had a good meal. We just gave our money to a more gracious host. What was showed was a lack of professionalism.”