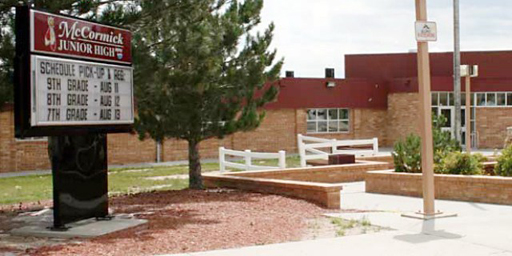 Earlier this month,  I reported on an incident at McCormick Junior High School in Cheyenne, Wyoming, where homophobic and racist flyers appeared in the hallways of the school.

Students discovered flyers which read, “It’s great to be straight. It’s not OK to be gay. Black lives matter only because if it weren’t for them who would pick our cotton.”

“Join the kkk,” concluded the message, which appeared to be signed by “the confederate kid club.” 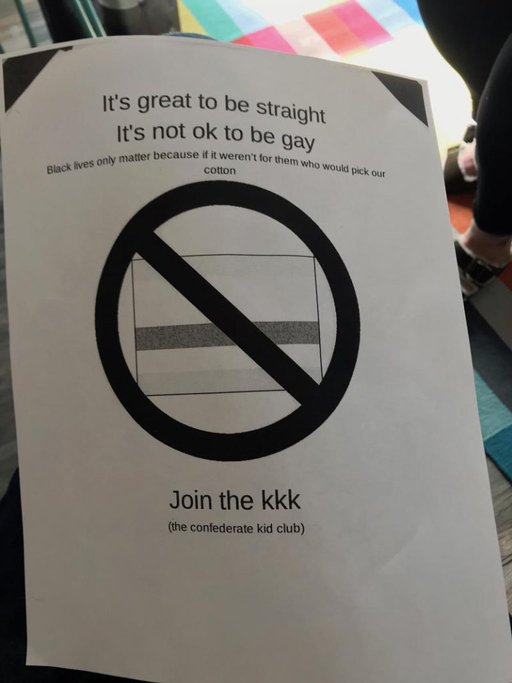 After Kaycee Cook, a substitute teacher and co-sponsor of the school’s gay/straight alliance, reported the flyers she was later notified that she’d been fired by Principal Jeff Conine.

Since then, Laramie County School District 1 Superintendent Boyd Brown announced that he had identified at least one student believed to be responsible for creating the racist and anti-gay flyers, and that Cook was likely to be reinstated at the school.

Last Wednesday, 20-25 students who are members of the GSA were called out of class to a meeting with three faculty members who told them they could no longer post any rainbow flags, wear any rainbow clothing or anything LGBTQ-related.

According to the Wyoming Tribune Eagle, Ashlynn Kercher, an 8th grade member of the GSA, said, “They told us it was a school distraction and ‘You don’t want to make other people feel like you felt when you saw the posters.’”

The students were reportedly told that if they break the ‘no rainbow/LGBTQ paraphernalia’ rule they will be written up on dress code infractions, and possibly suspended.

Principal Conine told the Tribune Eagle he didn’t know anything about the meeting taking place and that he had not decided to ban anything.

But Ashlynn’s mother, Abby Kercher, spoke to the district’s Title IX coordinator, John Below, who reportedly told her he and the principal had decided to ban the flags and clothing.

On Thursday, the School District issued a statementwhich read, in part:

You’ll note the statement does not say the district is banning rainbow flags.

Superintendent Brown clarified the next day that rainbow flags were not being banned“as long as students do not use them to incite other students.”