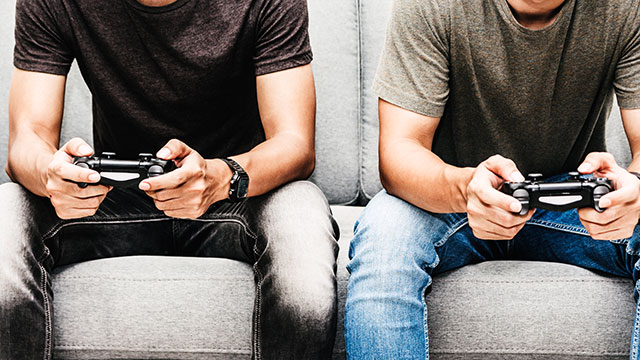 Rich Juzwiak, the out sex advice guy at Slate, recently advised a straight woman whose guy and his gaming buddies joke about gay sex all the time.

In her letter, she says she and all his pals are on a text chain where they end messages with some “fellatio-related quip onto every. damn. sentence.”

The woman (who signs the note No Homo) claims the jokes “aren’t hateful, per se, but they’re just constantly referencing gay, male-on-male sex, and to me, there often seems to be no discernible punchline.”

The whole herd of heteros is all past 30-years-old and she says their gaming camaraderie is a big part of her social life.

She adds that she’s “never seen even a hint of outright bigotry” from her boo and his buds. In fact, her partner is totally cool with her gay bestie and his boyfriend.

Her question was: Is this a thing? Do hetero guys really talk like this? AND, (talk about lobbing a softball) does she need to ‘stand up’ to this ‘humor even though it seems to be ‘free from hate?’

Juzwiak is on the case and immediately points to sociologist C.J. Pascoe who calls this behavior “fag discourse.”

Pascoe says “fag discourse” is the dynamic of straight (or straight-identifying) guys rib each other using gay jokes or take on so-called feminine attributes as a way of underscoring their masculinity. 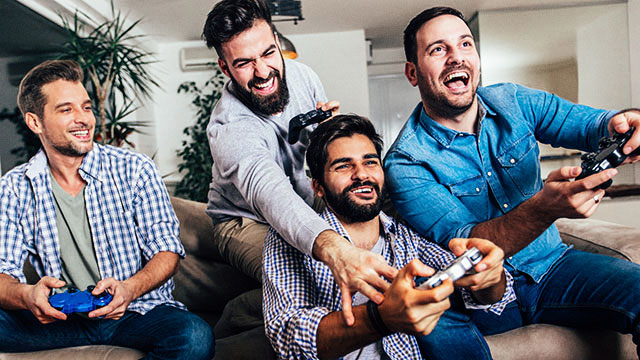 Pascoe says she found in her studies that the use of the word “fag” and the imitation of gay men are often “explicitly self-evaluated by boys as being not anti-gay.”

Put another way, the guys say that even though they know they’re using an anti-gay term, their intent isn’t “anti-gay,” so they aren’t “anti-gay.”

Juzwiak calls out the bs saying he believes “the view that one can joke about fags and fag behavior in a manner that is somehow divorced from ‘real’ homophobia is massively shortsighted.”

Our man Rich says she should address the language but suggests instead of “scolding” the bunch of bros, she might want to strike up a conversation on the subject “that is more curious than accusatory.”

“It seems to me a lot of toxic straight-male behavior is not quite conscious,” he adds. “They often know not what they do, but perhaps an intelligent conversation could help set them on the course to understanding it.”

What do you think, readers? Who has friends who engage in “fag discourse?”

Have you ever called it out? If so, how did the friends react?