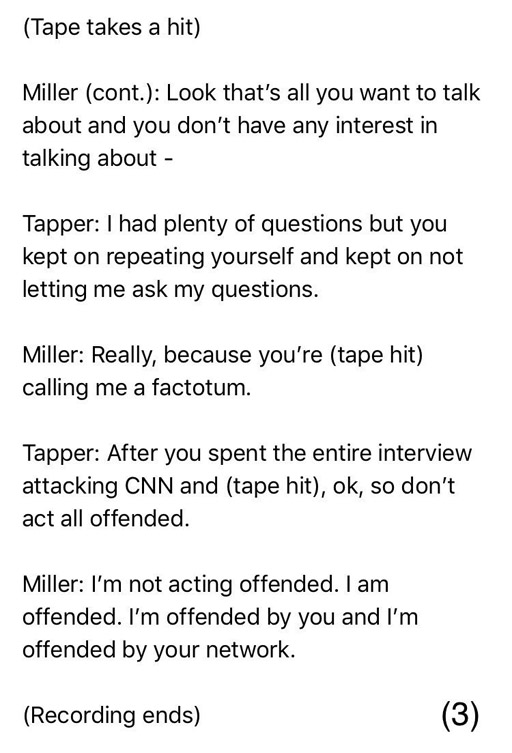 White House adviser Stephen Miller’s disastrous interview with CNN’s Jake Tapper yesterday ended with Tapper bringing the segment to an early close thanks to Miller’s petulant behavior and refusal to answer any questions.

With Miller still babbling in the background, Tapper ran out of patience telling Miller, “I think I’ve wasted enough of my viewers’ time. Thank you, Stephen,” as he ended the segment.

Today we get reports that Miller would not leave the CNN studios and had to be escorted off the premises.

White House adviser Stephen Miller was escorted off the set of CNN’s “State of the Union” on Sunday after a contentious interview with host Jake Tapper. Two sources close to the situation told Business Insider that after the taping was done Miller was asked to leave several times. He ignored those requests and ultimately security was called and he was escorted out, the sources said. CNN declined to comment.

The best two lines from the exchange – Tapper telling Miller “This is the reason they don’t put you out on TV;” and Miller saying he was “offended.” 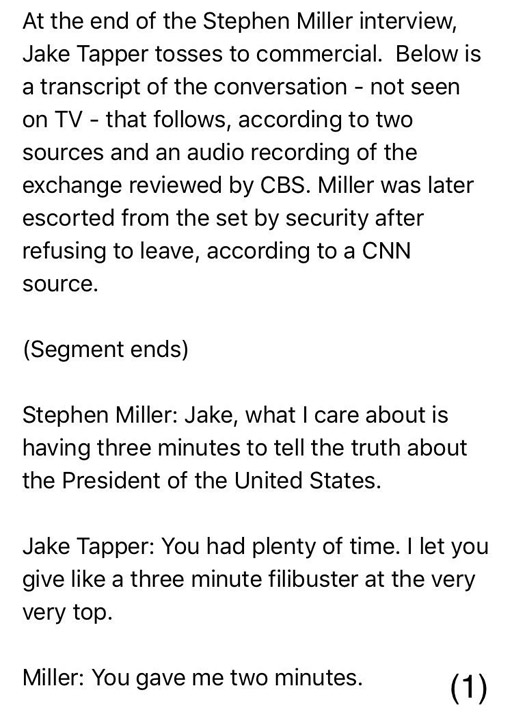 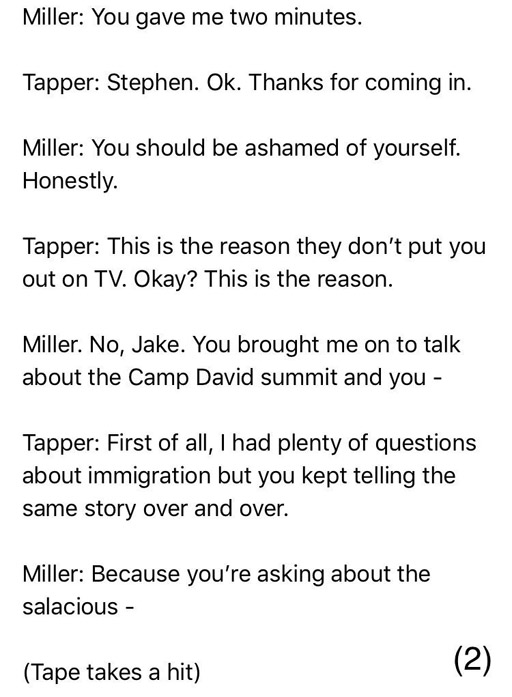