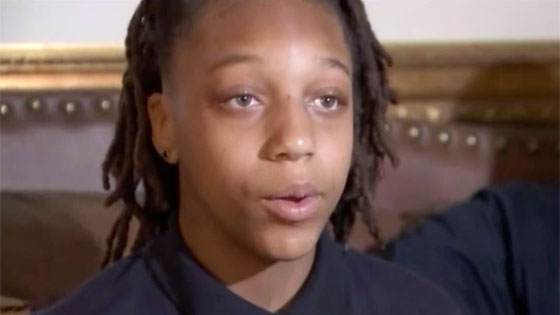 UPDATE: CBS News is reporting that Amari Allen has recanted her accusations regarding white boys holding her down and cutting off her hair.

Following an investigation by the Fairfax County Police Department, Danish said Amari Allen, the student who accused three of her classmates of assault, acknowledged the accusations were not true.

Allen’s family apologized to the boys and the school for “the pain and anxiety these allegations have caused.”

“To the administrators and families of Immanuel Christian School, we are sorry for the damage this incident has done to trust within the school family and the undue scorn it has brought to the school,” the family said. “We understand there will be consequences, and we’re prepared to take responsibility for them.”

They added, “To the broader community, who rallied in such passionate support for our daughter, we apologize for betraying your trust.”

The girl’s aunt says Amari did have a verbal dispute with the boys but “embellished the story.”

Three sixth-grade boys at a Christian school in Northern Virginia pinned down a black classmate and cut off some of her dreadlocks while telling her her hair was “nappy” and “ugly,” she told News4.

“They said my hair was nappy and I was ugly,” she said.

Amari — a straight-A student and violin player — said the boys started bullying her at the beginning of the school year. She has attended the school since kindergarten and has always liked it.

But on Monday, she was at recess and about to go down a slide when one of the boys grabbed her and put a hand over her mouth. Another boy grabbed her arms. A third boy cut off some of her hair.

“They put their hands over my mouth. They put my hands behind my back. And they started cutting my hair and saying it was ugly,” Amari said.

The bell rang and the boys ran off laughing.

Scared, Amari told no one. On Wednesday, her grandmother was doing her hair when she noticed long portions of it missing. The girl started crying and told the whole story.

The family called Fairfax County police, who took a report of the incident.

Amari’s grandparents aren’t sending her back to the school until the boys are punished.