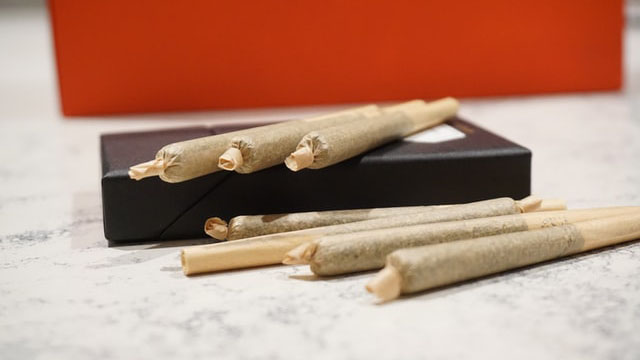 States are getting more and more creative in coming up with new incentives for folks to get vaccinated against the coronavirus.

The Washington state Liquor and Cannabis Board has its new promotion, “Joints for Jabs,” which will allow state-licensed cannabis retailers to give one free pre-rolled joint to customers 21 or older when they receive either a first or second dose of a COVID-19 vaccine. ABC News reports the promotion will run through July 12.

The board had previously authorized businesses with liquor licenses to offer a free wine, beer or cocktail to customers who could prove they’d been vaccinated through June 30.

Adults can claim a complimentary joint of marijuana in Washington state this week when they receive a COVID-19 vaccine shot. https://t.co/WsvrHIBNu7

But Washington isn’t the only state offering ‘puffs for pokes.’

An Arizona cannabis dispensary recently announced a similar program where you could get your free shot and receive a free pre-rolled joint and an edible cannabis gummy. The dispensary calls the program “Snax for Vaxx.”

Many states and businesses began incentivizing vaccinations when the demand began to slow in April.

That was when Krispy Kreme started giving out free donuts to those who got their shot.

Los Angeles County offered free Lakers season tickets, and the Hustler Club in Las Vegas ‘put some skin in the game’ by serving up free lap dances and bottle service.

West Virginia’s governor announced young folks between the ages of 16 to 35 would receive a $100 savings bond if they got vaccinated.

Ohio really upped the stakes when Gov. Mike DeWine announced a new lottery giving away $1 million each week for five weeks for those who received at least one dose of COVID vaccine. For winners under 18, the prize is a four year scholarship to an Ohio public university.

Jonathan Carlyle, an Amazon delivery driver from Toledo, is the second person to win $1 million in Ohio’s vaccine lottery. https://t.co/vGuoC1BYjO

Colorado is doing a similar program called “Colorado Comeback Cash” where one vaccinated resident will be chosen to win $1 million each week for five weeks.

In May, New York State launched the “Vax & Scratch” lottery program which offered $20 scratch-off lottery tickets with a chance to win a $5 million prize if they received a COVID vaccination.

Lottery officials in Kentucky gave away 225,000 free lottery tickets in May to residents who stepped up to get vaccinated.

On June 28 Oregon will give away $1 million to one lucky vaccinated winner plus one person from each of the state’s 36 counties will win $10,000.

If you get a vaccine you could soon be eligible for

• free flights on United Airlines
• free doughnuts at Krispy Kreme
• a $1 million lottery prize in Ohio
• $1.5 million in California
• a fishing license in Maine
• and hunting rifles in West Virginia

Previously mentioned Washington state also has a $2 million lottery going on throughout June.

And don’t worry if you got your shot early. In most states, vaccinated residents are being entered automatically from states’ immunization databases.

According to the Centers for Disease Control and Prevention, 64% of adults in the U.S. have received at least one dose of an approved vaccine. President Biden set a goal in early May to reach 70% by July 4.

Joints for Jabs, shots for shots, donuts for vaccine cards … Meet people where they're at, get ppl what they want and need, minimize the moralizing and applaud ppl getting protection from this very deadly and often debilitating COVID virus. https://t.co/9AHIWLwUPX