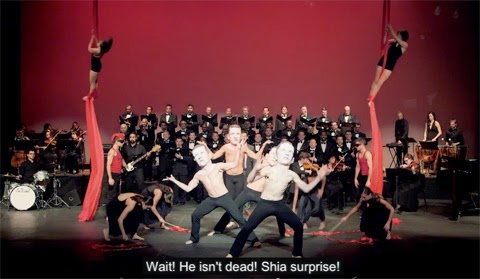 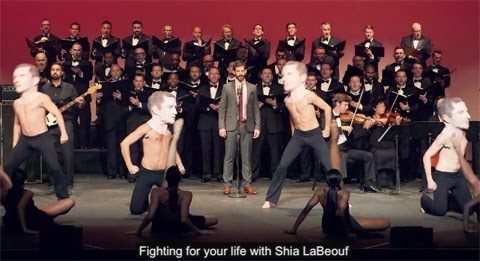 I’ve been seeing posts about this video for over a week, but every time I went to watch, the server would stall.

1.8 million views later, I see what the chatter was about. I think this is pretty fab.

Back in 2012, singer-songwriter Rob Cantor wrote a song called “Shia LaBeouf” about the titular character as a cannibal, with lines like, “Hollywood superstar… living in the woods/killing for sport.” In the new video, the West Los Angeles Children’s Choir and Gay Men’s Chorus team for a rousing interpretation of the song, complete with very literal onstage interpretations of the lyrics.

And even better, check the cameo at the very end of the clip.