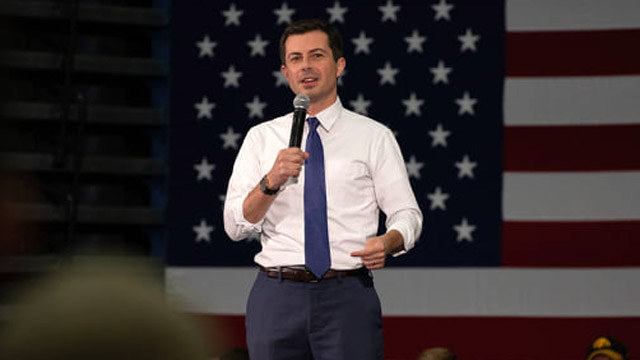 The New York Times reports the political action committee that supports liberal veterans running for office has endorsed Mayor Pete Buttigieg in his run for the Democratic presidential nomination:

VoteVets, the political action committee that backs liberal veterans running for office, has endorsed Pete Buttigieg for president, the first major organization to support him.

The endorsement brings Mr. Buttigieg, the mayor of South Bend, Ind., and a former Navy officer who served in Afghanistan, new defenders in a 2020 Democratic presidential contest that has seen better known candidates drop out as polling shows early-state voters coalescing around the four leading candidates.

Jon Soltz, the co-founder and chairman of VoteVets, said that other campaigns weren’t taking on Mr. Buttigieg directly but that they were using opposition research to try and “hold back his momentum.”

We are PROUD to endorse Mayor @PeteButtigieg for President, today, on behalf of our 700,000 veterans, military families and civilian supporters. Pete has the experience to lead, and what it takes to beat Donald Trump! Read more here: https://t.co/uBYdWeU3GE pic.twitter.com/4qgEZLagYu

I will be a commander in chief who knows what it means to be sent abroad on the orders of a president—one who will keep America’s promise to those who’ve kept theirs.

Thank you, @VoteVets. It is an honor to have your endorsement. https://t.co/etexaqBSOh

And we’re proud to stand with you @PeteButtigieg, and fight side-by-side with you to restore true leadership in the Oval Office! https://t.co/RW0oB53Y8A pic.twitter.com/na35S2nhtl