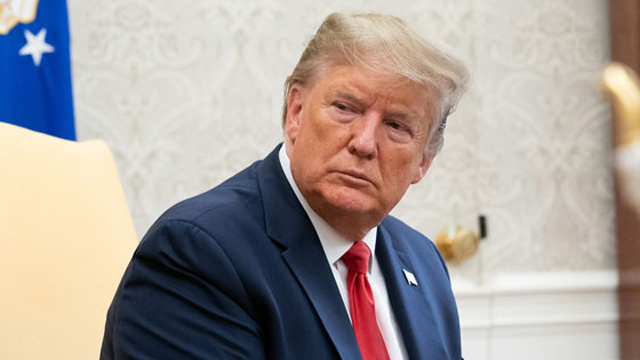 Remember when Donald Trump predicted ‘only’ 60,000 deaths from COVID-19 and the economy would come roaring back in the summer when the virus magically disappeared?

The US economy contracted at a 32.9% annual rate from April through June, its worst drop on record, the Bureau of Economic Analysis said Thursday.

Business ground to a halt during the pandemic lockdown in the spring of this year and America plunged into its first recession in 11 years, putting an end to the longest economic expansion in US history and wiping out five years of economic gains in just a few months.

A recession is commonly defined as two consecutive quarters of declining gross domestic product — the broadest measure of the economy. Between January and March, GDP declined by an annualized rate of 5%. 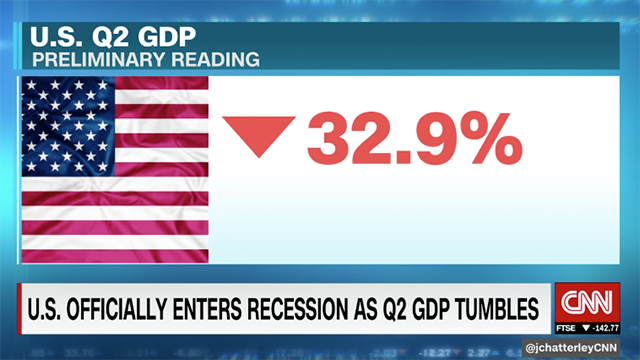 Additionally, the number of Americans filing first-time unemployment claims rose for the second week in a row.

Some 1.4 million people filed for initial jobless claims last week, up 12,000 from the prior week’s revised level, which was the first increase in 16 weeks, according to the Department of Labor. 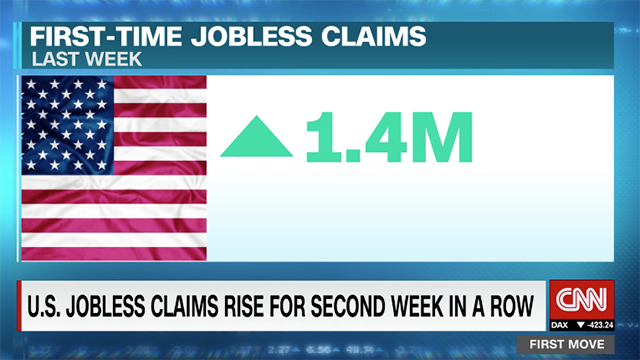 At this writing, 152,074 Americans have died from COVID-19. The U.S. has more than 50% more fatalities from the virus than Brazil which ranks second in the world with 91,263 deaths.