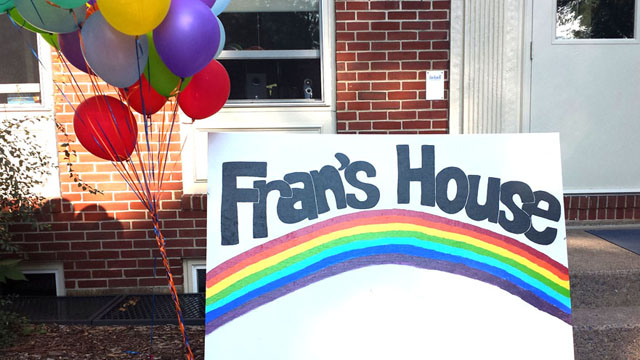 A group of male students terrorized the residents of an on-campus home for LGBTQ students at Bucknell University in Lewisburg, Pennsylvania, last week.

In a letter to the university president, Tyler Luong, a resident assistant for the residence, says he was studying when he received a message in a group chat to lock the doors and windows. “Nobody come in or out right now. Don’t open any doors. Lock Windows.”

He found several students in an upstairs bathroom holding a window closed as a group of nearly 20 men had gathered outside yelling, “Let us in! This isn’t your home! This is our home.”

The group was identified as members of the Tau Kappa Epsilon fraternity which had been housed at the home until being banned from the university two years ago.

The fraternity was removed by the school for hazing infractions that included the use of dog shock collars and throwing darts at members’ bodies.

Luong says one of the men urinated on the front porch of the house while others pounded on the front door and banged on a metal flag pole where a Pride flag was displayed. Several reportedly climbed up on the roof in an attempt to enter the building.

The students called the Public Safety Department to stop the invasion, but Luong says it took “way too long” for any help to arrive.

And when two officers finally arrived, they “bonded” with the fraternity members “reminiscing their college days and calling them handsome young men.”

According to the resident adviser, the officers didn’t even ask the residents to see if they were ok.

The New York Times reports that several of the students could barely sleep through the night, terrified the fraternity members would return. Luong shared he slept with a “sharp object” under his bed.

“This was especially traumatic for a lot of us to deal with,” said Carolyn Campbell, a leader of Fran’s House, “because we never thought that something, like, so overtly horrible could happen to the house like this to strip away the sense of safety.”

In the days that followed, students from the school organized to stand guard outside the house in shifts. And a march against toxic masculinity was organized.

The residents of Fran’s House issued a statement saying that while they were still processing the incident, they were “astounded by the amount of advocacy and kindness” they’d received from the university community.

They also called for those responsible to be held accountable, writing, “Never again should someone feel entitled to come to our home and say it’s ‘their house and not ours.’”

In a letter to students, University President John Bravman acknowledged the “horrific incident” saying he was “outraged and sorrowful” that the residents endured the “violation of the space” where they live.

Bravman also noted the response by the Public Safety Department was “lacking in myriad ways” and has retained an outside firm to investigate the incident. He added that additional educational and professional development would be implemented at Public Safety to help foster a better sense of safety and belonging at the university.

When approached by the Washington Post, the university’s Public Safety Department declined to comment any further than Bravman’s letter.