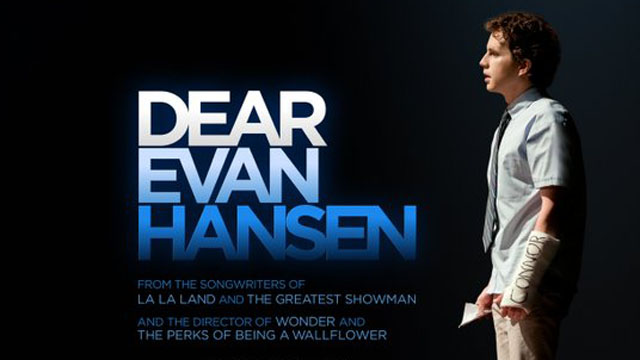 Ben Platt is playing the role that made him uber-famous one more time, fortunately for us.

Universal Pictures drops the official trailer for the film adaptation for Dear Evan Hansen, the moving stage musical that promises ‘you will be found.’

The story centers on a kid whose therapist has given him the assignment of writing letters to himself, addressing his fears, hopes, and insecurities.

A classmate named Connor Murphy (Colton Ryan, who understudied the role on Broadway) steals one of the letters and later takes his own life. That boy’s parents (played in the film by Amy Adams and Danny Pino) mistake the letter Evan wrote for their son’s final words, addressed to a kid they assume was his close friend. Evan lets them believe this because he thinks it brings them comfort—but the confusion and lies soon pile up, leading to greater heartbreak.

The Broadway production scored 5 Tony Awards including Best Musical and a Best Actor in a Musical statue for Platt.

Folks on social media are making light of 27-year-old Platt playing a high school student, but come on folks – suspend your disbelief a bit and just enjoy.