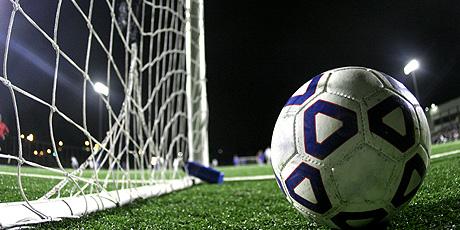 Eight pro soccer players in the UK have revealed to the Professional Footballers Association they are gay, but remain closeted out of fear of fan reactions. From the Guardian:

Gay campaigners told the Observer that Clarke Carlisle, chairman of the Professional Footballers’ Association, had revealed that eight players had approached him to disclose that they were gay. Seven told him that the reason they would not reveal their sexual orientation publicly was not the reaction from the dressing room or club, but the potential reaction from the media and supporters.

Chris Basiurski, chair of the Gay Football Supporters’ Network, said that, although progressive attitudes had begun to infiltrate the dressing room, the fear of how supporters would react remained a problem.

American Robbie Rogers, who had played for Leeds United, came out earlier this year and simultaneously retired saying he didn’t think it possible to continue to play and be out. Recently, he’s begun training with the LA Galaxy and may return to the game. Time will tell.

The Guardian goes on to say there are reports of players in the pro soccer world who are openly gay within their team organizations but continue to be closeted to the world due to concerns regarding pressures and reactions in the aftermath of coming out:

“We have anecdotal evidence that players are out within their clubs and don’t have a problem. But we are trying to create an atmosphere for people to come out safely, but at the moment there is a big barrier. The fact is, we have never really tested the fans, both home or away, on this.

“The danger is what happens when a player comes out and gets loads of support and attention, but then start playing badly. The worry is that fans will start getting on their backs and they may lose the confidence of their manager and it could be connected to their sexuality.”