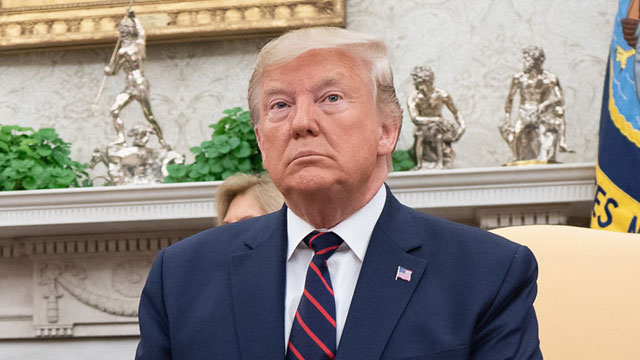 Over the past three years, Donald Trump’s Twitter habit has put the social media platform in the uncomfortable position of balancing First Amendment rights of expression (by Trump) versus his endless stream of fact-free statements causing the spread of disinformation.

For instance, over the past week Trump has tweeted unfounded accusations that MSNBC host Joe Scarborough was somehow involved in the death of a former intern. Even the spouse of the deceased aide publicly begged the CEO of Twitter to remove the tweets but to no avail.

Today, for the first time, Twitter applied a fact-checking label to some of Trump’s tweets claiming mail-in ballots would lead to overwhelming voter fraud.

The label, which reads “Get the facts about mail-in ballots” links to news reports about the Donald’s unsubstantiated claims.

A spokesperson for Twitter, Katie Rosborough, told the Washington Post the tweets “contain potentially misleading information about voting processes and have been labeled to provide additional context around mail-in ballots.” 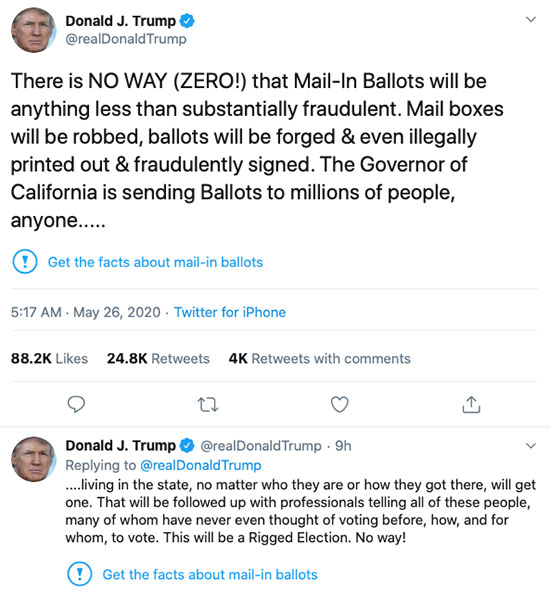