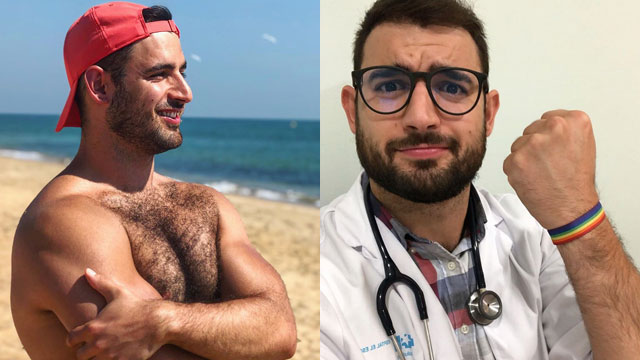 • Washington Post: Costa Rica became the latest country to legalize same-sex marriage early Tuesday when a ruling from its supreme court went into effect ending the country’s ban. Costa Rica is the first country in Central America to make marriage equality the law of the land.

• 13WMAZ: A married youth pastor in Georgia created a wild story about being kidnapped to cover up his family learning he’d hired a male prostitute to meet him at a local motel.

• Reuters: The AFL-CIO, the largest U.S. coalition of labor unions, endorsed Democrat Joe Biden for president on Tuesday, promising to launch an effort to beat Republican President Donald Trump in the Nov. 3 election. The group represents 55 unions and 12.5 million workers.

• Instinct Magazine: Francisco José Alvarado (top photo), a 30-year-old doctor from Spain, beat COVID-19 and became Mr. Gay World 2020. This year’s competition was canceled, but the organizers decided Alvarado – who was the runner-up in 2019 – should be given the title for as this year’s global ambassador for LGBTQ rights.

• AlterNet: In late March, when every other European country was in lockdown to stop the spread of the coronavirus, Sweden’s officials decided that Swedes could be relied upon to follow sanitation guidelines themselves. Restaurants, shops, and recreational spots were allowed to stay open. As of May 19, Sweden had more coronavirus deaths per capita than any other country in Europe.

• The Daily Beast: The Justice Department informed lawyers for Sen. Kelly Loeffler (R-GA) there will be no insider trading charges filed against Loeffler. The senator and her husband, New York Stock Exchange chairman Jeffrey Sprecher, have denied that their sales of millions of dollars in stock – made shortly after a closed-door Senate intelligence briefing on the coronavirus in early January – had anything to do with that information.

• Talking Points Memo: A new study produced by business school profs at Columbia and University of Chicago suggests that viewing Fox News is strongly correlated with ignoring social distancing guidance during the first weeks of the COVID19 epidemic and is in fact driving that non-compliance.

• Social Media: The Bidens paid tribute to the nation’s veterans on Memorial Day, appearing in public at a wreath-laying ceremony near his Delaware home. Over the weekend, Biden took a swipe at Donald Trump’s golf habit tweeting, “The presidency is about a lot more than tweeting from your golf cart. It requires taking on the ultimate responsibility for the biggest decisions in the world. Donald Trump simply wasn’t prepared for that. I promise you I will be.”

This year, Memorial Day feels a little different, but Jill and I made it a priority today to pay our respects to all the members of our military we have lost, and to the families they have left behind. We must never, never forget their sacrifice.