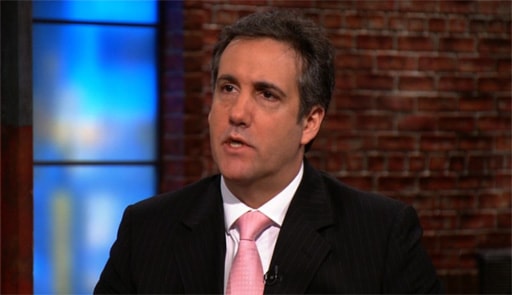 Lawyers at the Southern District of New York have reportedly called Cohen’s attorneys, saying they were “preparing paperwork” to arrest Cohen.

It was reported earlier today that his legal team has quit and Cohen could flip on Trump.

Mr. Cohen has not yet been contacted by the prosecutors who are conducting the inquiry, according to two people briefed on the case.

But as the investigation widens, and with Mr. Cohen’s legal team in turmoil, the chances increase that Mr. Cohen could cooperate with prosecutors, as first reported by ABC News.

Mr. Cohen’s current legal team is expected to stay with him for the rest of the week as they struggle to complete a laborious review of a trove of documents and data files seized from him by the authorities two months ago. But after that review is finished, he will seek new legal counsel, the people familiar with his case said. The issue is primarily over payment of the legal bills of one of his lawyers, Stephen Ryan, according to a person familiar with the discussions.

On April 9, federal agents descended on Mr. Cohen’s office, apartment and hotel room, hauling away reams of paperwork and files from about 30 cellphones, iPads and computers. For several months, the prosecutors have been looking into whether Mr. Cohen broke the law in any business projects, including hush-money payments he made to women who claim they had affairs with Mr. Trump.

Mr. Trump’s lawyers have resigned themselves to the strong possibility that this investigation could lead Mr. Cohen to cooperate with prosecutors.

Check out Katy Tur’s report below.

It appears that Michael Cohen will cooperate with federal prosecutors in New York. In order to get a cooperation deal, Cohen will need to provide all information he knows about criminal activity, no matter who it is, but attorney-client privilege may create some hurdles. https://t.co/AHTXsGoYdw

I wonder how much Mr. Ryan and his colleagues at McDermott Will & Emery soaked Mr. Cohen for before they jumped ship. I estimate $350k-$500k a week (not a typo). I guess that wasn’t enough to buy loyalty to their client when the going got tough. #Basta