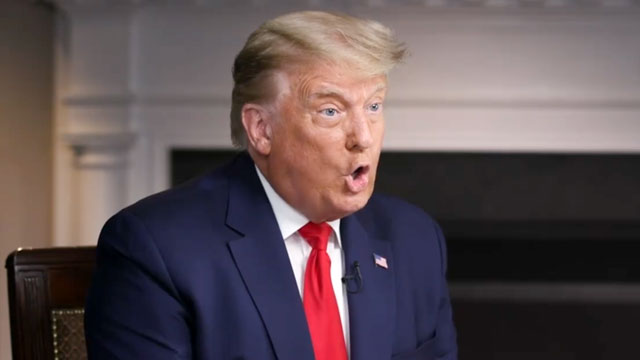 In an extraordinary phone call between Donald Trump and Georgia Secretary of State Brad Raffensperger, Trump urged Raffensperger to “find 11,780” so the results of the 2020 presidential election in Georgia could be reversed.

The hour-long phone call was obtained by the Washington Post.

“The people of Georgia are angry, the people in the country are angry,” he [Trump] said. “And there’s nothing wrong with saying, you know, um, that you’ve recalculated.”

Raffensperger responded: “Well, Mr. President, the challenge that you have is, the data you have is wrong.”

At another point, Trump said: “So look. All I want to do is this. I just want to find 11,780 votes, which is one more than we have. Because we won the state.”

The rambling, at times incoherent conversation, offered a remarkable glimpse of how consumed and desperate the president remains about his loss, unwilling or unable to let the matter go and still believing he can reverse the results in enough battleground states to remain in office.

“There’s no way I lost Georgia,” Trump said, a phrase he repeated again and again on the call. “There’s no way. We won by hundreds of thousands of votes.”

You can listen to the excerpts below.

In addition to being harmful to our democratic process, Trump’s desperation is really very sad and pathetic. He continued his empty, baseless claims on Twitter, of course.

Respectfully, President Trump: What you're saying is not true. The truth will come out https://t.co/ViYjTSeRcC

Now that we've heard a recording of the actual call, Donald is revealed to be the corrupt liar is always is. Sad.https://t.co/EoevoqKvKI