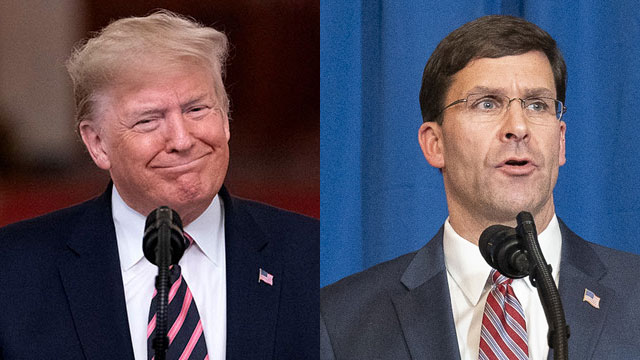 Donald Trump took to Twitter this morning to announce the news that he had “terminated” Mark Esper as his Secretary of Defense.

Mr. Esper’s downfall had been expected for months, after he took the rare step in June of disagreeing publicly with Mr. Trump and saying that active-duty military troops should not be sent to control the wave of protests in American cities. The president, who had threatened to use the Insurrection Act to do exactly that, was furious, officials said.

Mr. Esper, 56, a former secretary of the Army and a former Raytheon executive, became defense secretary last July after Mr. Trump withdrew the nomination of Patrick M. Shanahan, the acting defense secretary, amid an F.B.I. inquiry into allegations from Mr. Shanahan’s former wife that he punched her in the stomach. Mr. Shanahan denied the accusations.

Mr. Shanahan had been standing in for Jim Mattis, who resigned as defense secretary in 2018, citing his own differences with the president.

…Chris will do a GREAT job! Mark Esper has been terminated. I would like to thank him for his service.