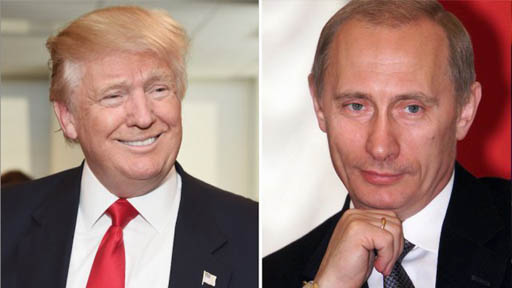 In exchange, however, Putin wants to question Americans including our former Ambassador to Russia who was critical of the Russian president.

Trump called the idea an “incredible offer” during the news conference. And on Wednesday, White House press secretary Sarah Huckabee Sanders said that the president would “meet with his team” on Putin’s proposal, setting off a Russia-related backlash against the Trump administration for the third straight day.

By Thursday, as the Senate prepared to formally rebuke Trump, the White House reversed course.

“It is a proposal that was made in sincerity by President Putin, but President Trump disagrees with it,” Sanders said in a statement. “Hopefully President Putin will have the 12 identified Russians come to the United States to prove their innocence or guilt.”

The Senate voted 98-0 for a resolution denouncing the idea that we would hand over our foreign diplomats, past or present, to Russian agents for interrogation.

By the way, a new poll by SurveyMonkey shows 79% of Republicans approve of how Trump handled the Monday press conference.

Overall, the numbers fell pretty much in line with Trump’s usually polling – 58% disapproved and 40% approved.