Russia’s parliament has approved legislation supported by President Vladimir Putin that expands the country’s prohibition of “LGBT propaganda” and bans the “demonstration” of LGBT behavior.

In other words, queer folks will get fined for being perceived as “acting gay.” END_OF_DOCUMENT_TOKEN_TO_BE_REPLACED

Russian businessman Yevgeny Prigozhin, a close ally of President Vladimir Putin, bragged on Monday he had interfered in U.S. elections and would continue doing so in future. END_OF_DOCUMENT_TOKEN_TO_BE_REPLACED

• Out: Grindr has a new CEO, George Arison, who has apparently aligned himself with Donald Trump and conservative policies at times. Plus, he has been known to support politicians who rolled back rights for trans children after getting elected. END_OF_DOCUMENT_TOKEN_TO_BE_REPLACED

This would be some of that “interference” we kept hearing about regarding the 2016 election?

A new report reveals massive spending by Russia in efforts to influence elections and politics in dozens of countries. END_OF_DOCUMENT_TOKEN_TO_BE_REPLACED

The Daily Mail (I know, I know, taken with a grain of salt…) reports that Russian President Vladimir Putin has been diagnosed with a ‘severe form of rapidly progressing cancer.’ END_OF_DOCUMENT_TOKEN_TO_BE_REPLACED

Even though a majority of GOP voters view Russian President Vladimir Putin unfavorably, Republicans were twice as likely as everyone else to hold a “favorable” view of the authoritarian leader. END_OF_DOCUMENT_TOKEN_TO_BE_REPLACED

• US Weekly: While promoting his appearance on CBS’ Beyond The Edge reality competition, Colton Underwood shared he doesn’t think a second season of his Coming Out Colton series would be a good idea. END_OF_DOCUMENT_TOKEN_TO_BE_REPLACED

To recap, Putin’s accomplishments so far:

Created a shockingly unified Europe; Outraged and alienated his largest and most cherished energy customers; Crashed the ruble and doomed the Russian economy and people to an inevitable deep and long period of misery and despair; Sparked worldwide condemnation and disgust; Badly miscalculated the trajectory of his invasion, and all as the Ukrainian people and its leader inspire admiration and respect around the globe.

Or as Trump would say, Putin’s a “savvy genius.”

(from Hugh Jackson of The Daily Current) 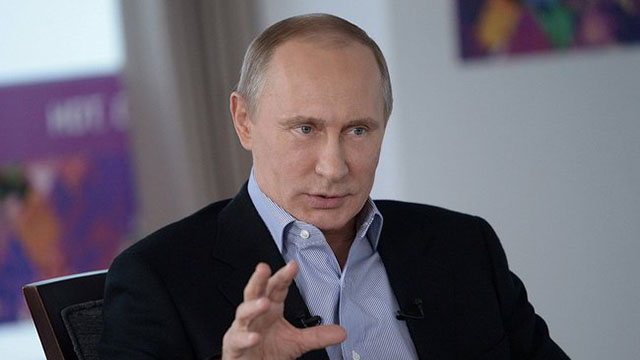 The chairman of a powerful Russian government commission has says LGBT, feminist, and “child-free” groups should be recognized as “extremist.” END_OF_DOCUMENT_TOKEN_TO_BE_REPLACED 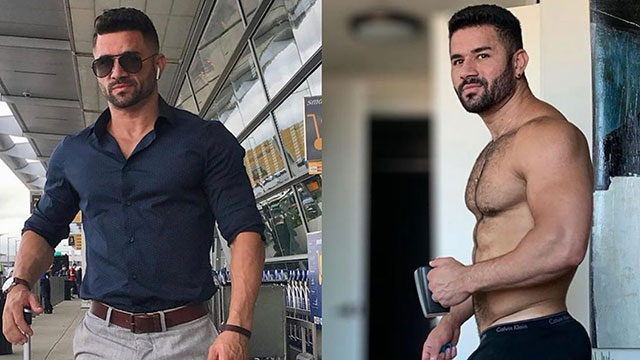 • InstaHunks: I love fitness guy Bremen Menelli’s (above) caption for this – “You have to know how to do both.”

• US News & World Report: A new study shows lesbian, gay, and bisexual members in the U.S. military are at higher risk for sexual harassment, sexual assault, and stalking. Researchers say that sexual victimization can trigger mental health problems such as depression, post-traumatic stress disorder, substance use, and suicidal behavior.

• The Advocate: An arrest has been made in the case of a gay man killed over 30 years ago. Police in the Australian state of New South Wales have charged a 49-year-old man with the murder of Scott Johnson, an American living in Sydney who was 27 at the time he died on December 8, 1988.

• Politico: Sen. Kamala Harris (D-CA) is reportedly emerging as a front-runner to become former Vice President Joe Biden’s running mate in the 2020 presidential election. Major Biden supporters see her as the best fit, although Sen. Elizabeth Warren (D-MA) is a leading contender, too.

• NY Post: More insiders come forward to say Ellen DeGeneres isn’t all that nice.  One former associate producer says one day, when she couldn’t find her eyeglasses and was unable to read a text on her phone, she called Apple CEO Steve Jobs in front of staff to complain iPhones should have “a bigger font.” Because she could.

• Talking Points Memo: Russian President Vladimir Putin’s spokesman has been hospitalized due to the coronavirus. Russia has reported more than 232,000 confirmed coronavirus cases as of Tuesday.

• InstaHunks II: As I close this post, how about a quick peek down in Brazil? Tourism professional Kiko Riaze is pensive pondering quarantine life. Nice view, right? #YouKnowWhatIMean