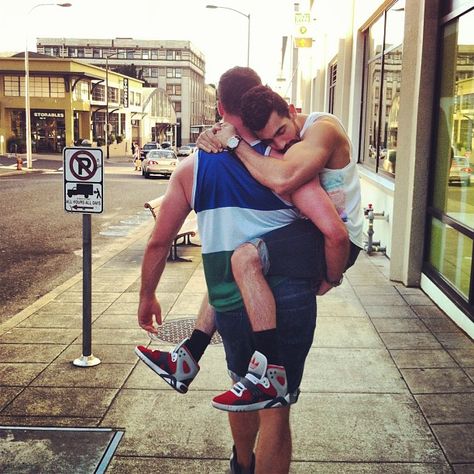 • For a little #TBT – I apologize I don’t know where the photo above came from, but it always makes me stop and smile.

• Same-sex couples will now be able to marry in their home parish even if their local bishop has moral objections to gay marriage, Episcopal Church leaders decided last Friday.

• California Gov. Jerry Brown has signed a bill into law officially recognizing June as LGBT Pride Month. California is the first state in the U.S. to legislate such a statute.

• Transgender people in Puerto Rico can now change their birth certificates to accurately reflects their gender.

You may recall it was Emin’s music publicist, Rob Goldstone, who set up the June 2016 Trump Tower meeting between a Russian government attorney and Donald Trump Jr.

You do the math.

The Russian calls his video “a satire on the news of the past 12 months.” It looks to me like the Russians are laughing at the U.S.