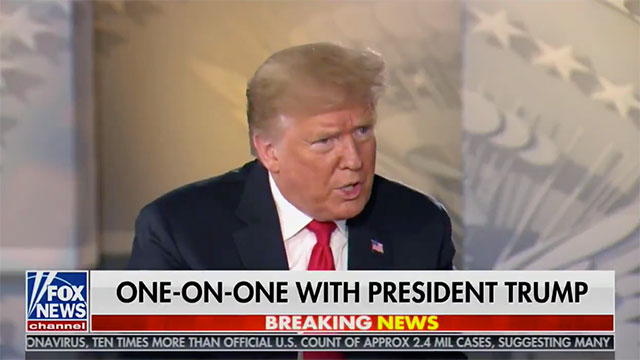 During an interview on Fox News Thursday night, Donald Trump admitted he could lose his reelection bid in November saying, “He’s gonna be your president because some people don’t love me, maybe.”

Trump then, of all people, took a moment to mock the way former Vice President Joe Biden speaks. “I don’t want to be nice or un-nice, but…the man can’t speak.”

He also pivoted to the healthy economy he inherited from President Obama insinuating HE alone had achieved that before the coronavirus.

"He's gonna be your president because some people don't love me, maybe" — Trump sure sounds resigned to losing to Joe Biden pic.twitter.com/UQTrzJVSXR