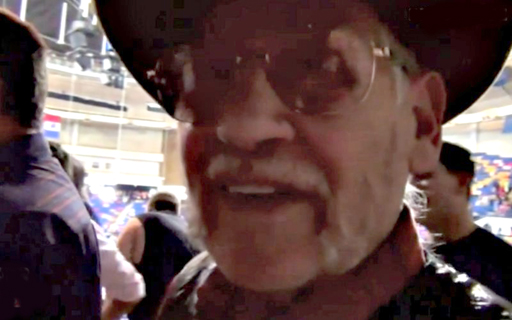 Update regarding the Donald Trump supporter who sucker-punched a protester at the Trumpster’s North Carolina rally:

The man charged with assault and battery for punching the protester, 78 year old John McGraw, says, “The next time we see him, we might have to kill him.”

“You bet I liked it. Knocking the hell out of that big mouth.

“We don’t know if he’s ISIS. We don’t know who he is, but we know he’s not acting like an American, cussing me. If he wants it laid out, I laid it out.”

“He deserved it. The next time we see him, we might have to kill him. We don’t know who he is. He might be with a terrorist.”

As Right Wing Watch reminds us, The Donald has offered to pay the legal fees for supporters who punch protesters. We’ll see if he’s a man of his word now.

Watch the video below from Inside Edition: