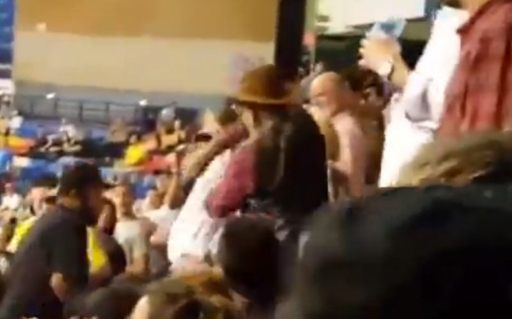 Many across the internet were outraged over a video of a Trump supporter sucker-punching a protester who was being escorted out of a Trump rally in North Carolina.

In the video, it appeared that the protester was nabbed by the police, but the actual attacker was not addressed nor held accountable for the violent attack.

That seems to have been rectified.

The 78-year-old pony-tailed assailant, identified as John McGraw, was charged with assault and battery and disorderly conduct.

The protester, Rakeem Jones, 26, was being led out of the rally by sheriff’s officials when McGraw, who is seen on video wearing a cowboy hat, clearly reached out and punched him in the face. Jones was then detained and handcuffed by police.

At one point, someone in the crowd allegedly shouted: “Go home, n*ggers.” Local media reports that there were a total of 17 interruptions at the campaign event.