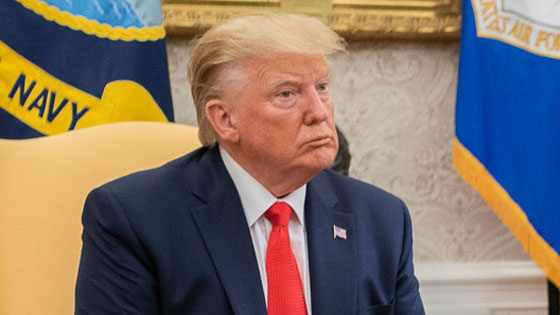 And in doing so, has come up with a new rationale for pressing the country to investigate Joe Biden and his son.

President Donald Trump on Tuesday confirmed reports that his administration froze nearly $400 million in aid to Ukraine. But he gave a new reason for doing so: He said he wanted European countries to contribute money, too, and did not want the U.S. to do so alone.

The freeze came before a July phone call in which he reportedly pressured the Eastern European nation’s leader to investigate the family of political rival Joe Biden.

“As far as withholding funds, those funds were paid,” Trump said. “They were fully paid. But my complaint has always been — and I’d withhold again, and I’ll continue to withhold until such time as Europe and other nations contribute to Ukraine because they’re not doing it.”

“Very important, I want other countries to put up money,” he added. “I think it’s unfair that we put up the money. Then other people call me. They said, ‘Oh, let it go.’ And I let it go. But we paid the money, the money was paid.”

Trump was responding to reporting by the Washington Post that Trump instructed his acting chief of staff, Mick Mulvaney, to withhold nearly $400 million in promised military aid a week before the Donald spoke to the Ukrainian president.