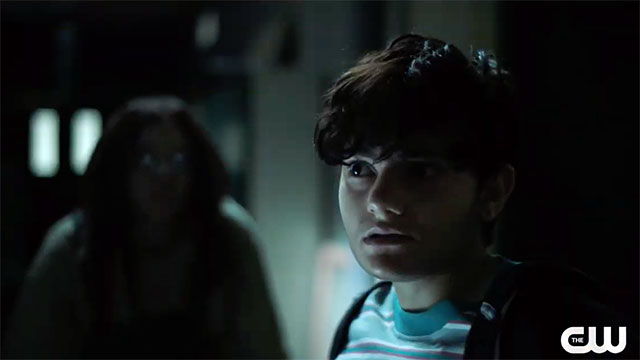 On the season premiere of The CW’s Two Sentence Horror Stories, a transmasculine student endures merciless bullying in his high school until a mysterious janitor offers the teen a way to take care of his bullies once and for all.

Each story taps into the expansive world of the horror genre, pressing universal primal fears filtered through the anxieties of a connected and racially diverse generation.

The episode tonight, a riff on the “troll under the bridge” fairy tale, handles having a trans male lead figure very well.

Without being heavy-handed, several artful choices were made to communicate aspects of transgender people’s lives throughout the episode.

For instance, Elliott doesn’t speak for a lengthy amount of time in the beginning of the episode. During a Q&A with the creative team I attended on Sunday, the director shared that was intentional to underscore how Elliott (and trans people) feel silenced and otherwise diminished.

Point of view camera angles were also chosen specifically to emphasize how Elliott feels he’s always being watched in public – a common thread for trans folks.

And the writer shared that while trans people often look at themselves in the mirror, the only person in this episode seen in a mirror is the evil principal.