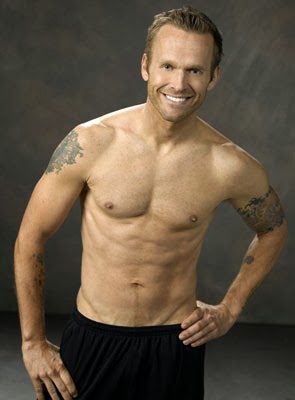 On Tuesday’s episode of The Biggest Loser, trainer Bob Harper came out publicly as gay to encourage contestant Bobby Saleem, who comes from a very strict Catholic family, to speak openly about his own sexual orientation to his father.

The 48-year-old personal trainer, who’s never denied his sexual orientation but hadn’t discussed it on the program, was moved by Saleem’s struggle to come out to his dad.

“I haven’t talked about my sexuality on this show ever, and now meeting Bobby, I really do believe this is the right time,” Harper said on camera. “I want to show Bobby that he doesn’t have to live in shame.”

Harper then decided to share his own story with Saleem and viewers.

“I’m gay. I knew I very long time ago that I was gay,” Harper revealed. “When I came out — when I was 17 years old — it was one of those things where I realized that there was going to be so many obstacles, but being gay doesn’t mean being weak. And being gay doesn’t mean that you are less than anybody else. It’s just who you are.”

Saleem said he would come out to his father.

Harper received an outpouring of support from viewers and tweeted a message to fans:

THANK YOU to everyone that supported my decision to talk about being gay w/ Bobby. I felt like it was appropriate & necessary. LOVE Y’ALL!!
— Bob Harper (@MyTrainerBob) November 27, 2013