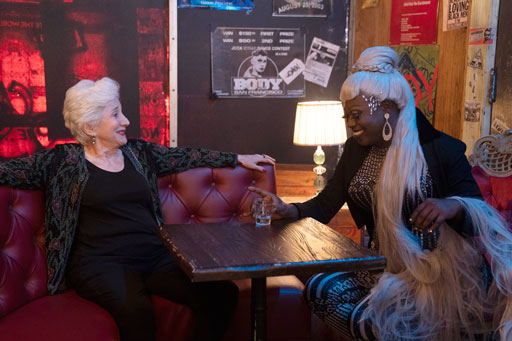 Based on the serial novels by Maupin, Tales of the City chronicles the lives of a group of friends living at 28 Barbary Lane in San Francisco.

“When I first got off the bus years ago,” says Laura Linney’s character at the beginning of the trailer, “I had the strangest feeling that I’d come home.”

In the 10-episode series, Mary Ann Singleton (Laura Linney) returns to San Francisco after 20 years and is reunited with her ex-hubby Brian (Paul Gross) and daughter Shawna (Ellen Page). 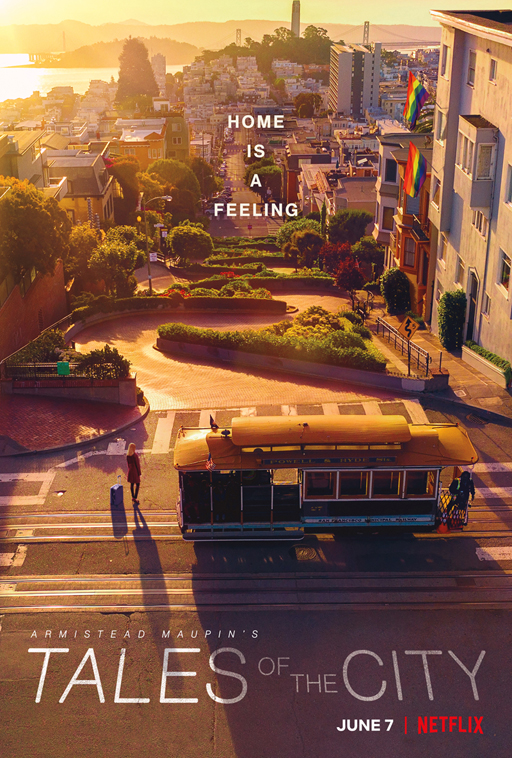 Despite a “picture-perfect” life in Connecticut, a mid-life crisis sends Mary Ann back into the world of Anna Madrigal (Dukakis) and Maupin’s signature slate of eccentric San Francisco characters.

Look for RuPaul’s Drag Race alum, Bob the Drag Queen, in the mix along with more of the rich tapestry of community that is San Francisco.

The series is scheduled to have its world premiere at the San Francisco Film Festival this Friday, April 10.

The rest of the world will have to wait until the June 7 debut on Netflix.

Check out the new teaser trailer for Tales of the City below.