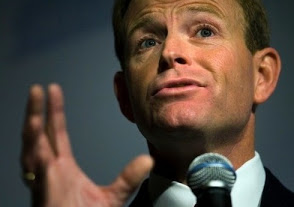 Funny how Tony Perkins can spin anything to support his own narrative.

Congressman John Fleming proposed an amendment which is now attached to the Defense Appropriations bill that would allow anyone in the military to denigrate gays and lesbians verbally as long as it was tied to their deeply held religious beliefs. “Burn in hell, faggot.” All good as long as you say you’re a Christian. It’s basically a license to discriminate. Which Tony Perkins likes.

President Obama has threatened to veto the Defense bill if that language isn’t removed. Soooo, Tony Perkins takes to his perch today to “spin doctor” the situation:

“President Obama can’t veto the First Amendment, so he’s doing the next best thing: refusing to let his troops exercise it.

“In his most combative move yet, the administration warned Congress yesterday that it strongly opposes Rep. John Fleming’s religious freedom amendment, which sailed through the House Armed Services Committee with bipartisan support.

“Now, the administration is taking its spite to new heights by threatening to withhold a year’s worth of defense funding over a simple amendment protecting the same rights our troops fight for every day. The administration, which had been content to drive faith underground in the military, is moving to its next phase: driving faith out.

“Welcome to Obama’s military, where open homosexuality is encouraged but open belief is not.” – Hate group leader Tony Perkins, via press release.