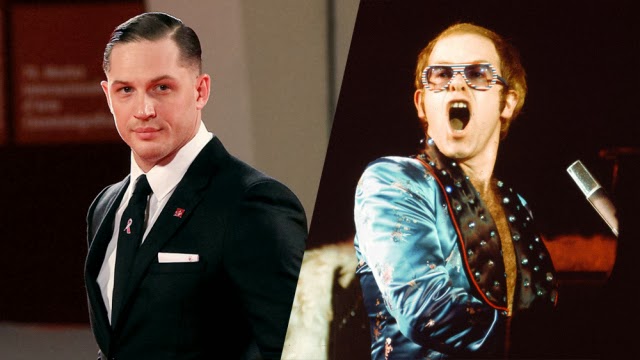 Hard to picture this one.  No knock on Sir Elton, but Mr. Hardy is pretty knock down, drag out handsome.  Just saying….

Variety has the details:

Tom Hardy will star as Elton John in Rocket Pictures’ “Rocketman” and Focus Features has come aboard to give the film a “major” U.S. release.

Hardy broke out last year as the villain in “The Dark Knight Rises.” He will next be seen in Steve Knight’s “Locke” and in the reboot of the “Mad Max” franchise for Warner Bros. and George Miller.

“Tom is quickly becoming known as one of the world’s most versatile actors, and like others at the top of their craft, he has proven his ability to transform himself completely into the character or subject found in the material,” said Schlessel. “We are confident that Tom will embody the physicality and spirit of Sir Elton. This, in conjunction with the creative team led by Michael and Rocket Pictures, will provide the foundation for something that will be a unique cinematic event.”