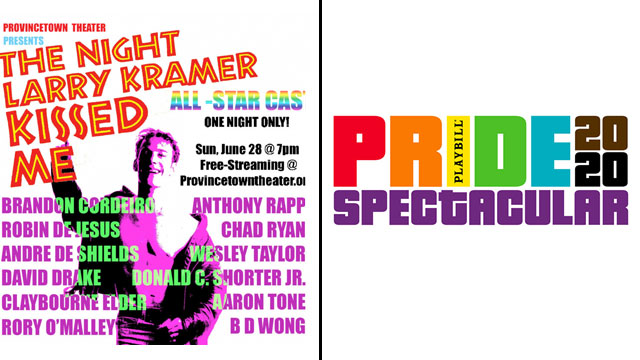 As the last weekend of Pride Month 2020 comes to a close, make sure you check out these two terrific streaming Pride events today.

Unfortunately, the two events overlap, but you get a fantastic experience with either one.

After joining the activist group ACT UP, Drake began writing autobiographical monologues about the AIDS crisis that eventually became a one-man show about this critical point in American history.

Drake won an Obie Award for his work, and the original Off-Broadway run at the Perry Street Theatre, produced by Sean Strub and Tom Viola, became one of the longest-running solo shows in New York theatre history.

Comprised of seven monologues, the play explores many different stages in a gay man’s life, from childhood to adolescence, to adulthood, and travels through his personal timeline, from past, to present, to future.

The soliloquies veer from hysterically funny (“Why I go to the Gym”) to deeply inspiring. In the piece, “The Night Larry Kramer Kissed Me,” Drake recalls in vivid detail attending a performance of Larry Kramer’s award-winning play, The Normal Heart and the impact of Kramer’s words on the soon-to-be activist.

“As Larry Kramer was such a formative figure for me and several generations in the LGBTQ community, it seems absolutely appropriate to stream this virtual event as a salute to his towering legacy at the conclusion of Gay Pride Week on Sunday, June 28,” said Drake in a press statement.

“Indeed, I believe the activism inherent in the piece also provides a great gatherer of the current manner in which Gay Prides are being celebrated this year—by joining forces with the Black Lives Matter movement in the march for unequivocal equality.”

For its 20th anniversary in 2013, the celebrated solo show was re-imagined to feature an ensemble cast of twelve.

On a personal note, I want to add in 1991, while I was still working as an actor in NYC, I was cast as the standby for the original cast of the off-Broadway hit musical, Pageant.

David Drake, who stopped the show nightly as ‘Miss Deep South, Lurinda Summerford,’ had in his contract a week’s leave for an early workshop production of The Night Larry Kramer Kissed Me. So, when I was hired it was with the knowledge I would, at the very least, be going on in that role soon. #SQUEEEE!!!

First of all, it was a thrill to go on in David’s brilliant role in Pageant. His performance is indelibly stamped on the role and the play forever. Thankfully I had the good sense God gave a goat and studied his blueprint thoroughly before I went on 🙂

But working with David, and observing the genesis of this stunning one-man show was a gift of inspiration.

It was in watching David develop his Obie Award-winning play that I found my own awakening activism. It is impossible for me to underscore what a groundbreaking event his play was for me and thousands of theatergoers.

The stream will be available at ProvincetownTheater.org and on YouTube.

Although the stream is free, donations are encouraged to Provincetown Theater, which has canceled its operations through 2021 due to the ongoing pandemic. 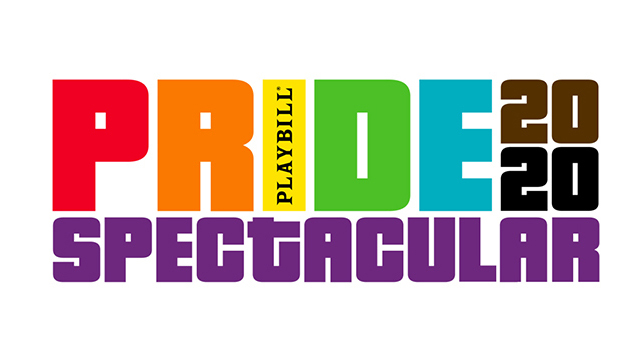 I hope that you will support the essential work of Broadway Cares/Equity Fights AIDS.

Please join the incredible lineup of Pride Plays artists in making a lifesaving difference for men, women and children across the country affected by COVID-19, HIV/AIDS and other life-threatening illnesses and crises. Your generosity will help provide lifesaving medications, nutritious meals, housing, emergency assistance and other vital services.

Hit this link to watch Playbill’s Pride Spectacular. The video player will be posted at this link at 7:30pm ET/4:30pm PT.