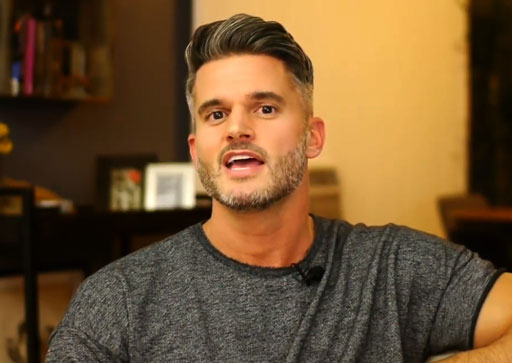 Psychotherapist Matthew Dempsey shares his thoughts on the effect of “pretty privilege” in life, and specifically in the LGBTQ community.

Dempsey begins by defining exactly what “privilege” is.

When it comes to the ‘attractive’ component, Dempsey lists traits like being tall, having good hair, symmetrical features that he calls “hitting the genetic lottery.”

In the United States, its certainly true that all those characteristics can make life a bit easier to maneuver through.

Study after study has shown that being attractive may make it easier to find a mate, are perceived to be more intelligent and likable, and are viewed as healthier.

“This is just something that I was born into,” he adds.

And what does this get folks? According to Dempsey this ‘privilege’ translates into getting party invites, dates, job offers and more thanks to the way he looks.

Admittedly, its somewhat uncomfortable to watch and listen to someone describe their “born under a lucky star” status.

Even Dempsey admits, the discussion can come off a bit douchey:

“So you might be watching this after a couple minutes and thinking, ‘Why am I watching this douchebag talk about how attractive he is and how easy his life has been?’ Totally get it.

“I don’t consider myself the pinnacle of physical beauty, but I do recognize that I have had an advantage in life just because of how I look. And so that’s what I want to talk about and acknowledge ‘pretty privilege’ is a real thing.”

Where Dempsey is going with all this is to say that when those with ‘unearned advantages’ admit those privileges, it helps honor and validate the disadvantage of others.

For instance, when hunky guys complain about not having 6% body fat to their friends who may truly struggle with their weight not only doesn’t ‘honor’ their friends but it is insensitive to others.

Take a few minutes and watch the video below.

The comments on the YouTube page ranged from disgust to agreement.

“I can relate to you Matt. But people let’s be clear there is a dangerous side to “pretty privilege”. The most morally, spiritually, and mentally bankrupt people are the “Hot Gays”.﻿

“Thanks for acknowledging this struggle. Gay Asian male here who has probably internalized all the bad stuff going around about being gay and Asian while living in a mostly white, western NA city.”

“Disappointed in you Matt . I’ve been following you from the very beginning. But lately your vlogs have been very stereotypical on our lgbt community. Hunny this vlog was very narcissistic. I mean let’s be real. You live in Hollywood where you live and thrive on you looks . Smh. Conceited is boring . There are wayyyy more important things going on this world.”

“’… just because of how I look.’ I don’t think I have heard anyone say it more louder and honestly. Thanks Matthew.﻿”

To be fair – watch the full six minutes to get Dempsey’s take on the subject and let me know what you think.

Is this a real conversation to be having? Or is it narcissistic to admit “pretty privilege?”