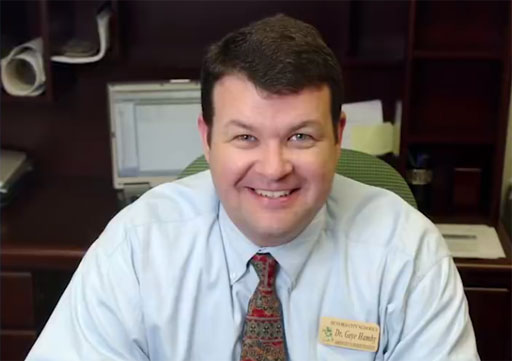 The Superintendent of Buford City schools in Georgia, Geye Hamby, has resigned in disgrace after he was named in a racial discrimination lawsuit.

Now, this wasn’t a case of “he said, he said.” Someone delivered TWO recordings of Hamby repeatedly using the N-word over and over.

Listening to the recording, the word certainly comes trippingly over the tongue as though it’s a daily reference for him.

From The Atlanta Journal-Constitution:

Hamby had been placed on administrative leave earlier this week, after The Atlanta Journal-Constitution reported the allegations. The complaint, filed in U.S. District Court in Atlanta, includes recordings in which a person identified as Hamby used racial epithets repeatedly when referring to African-American workers at a construction site.

“(Expletive) that (n-word). I’ll kill these (expletive) — shoot that (expletive) if they let me,” the person identified as Hamby can be heard saying. The person speaking repeatedly refers to blacks as “deadbeat (n-word).”

This fine gentlemen was being paid a reported $340,000 a year to oversee children at four schools in his district.

Any guesses who he voted for in the 2016 election? Hmm?