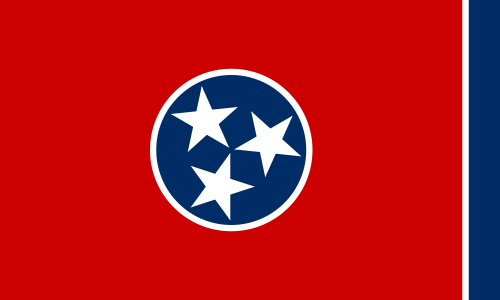 Marking 20 states that now have lawsuits for marriage equality, Tennessee saw a new lawsuit filed today by four couples who married in other states and want the state of Tennessee to recognize their marriages, just like the state recognizes straight marriages from other states.

Today, four legally married same-sex couples who live in Tennessee
filed a lawsuit in federal district court in Nashville, challenging
Tennessee laws that prevent the state from recognizing their marriages
and treating them the same as all other legally married couples in
Tennessee. The couples, who include a full-time Army reservist and his
husband and two professors of veterinary medicine, all formerly lived
and married in other states and later moved to Tennessee to pursue
careers and make new homes for their families. Tennessee law currently
prohibits recognition of their marriages and treats the couples as legal
strangers.

The lawsuit argues that Tennessee’s laws prohibiting recognition of
the couples’ marriages violates the federal Constitution’s guarantees of
equal protection and due process and the constitutionally protected
right to travel between and move to other states.

“Getting married not only enabled us to express our love and
commitment to one another, but it also provided us with the protections
we would need as we started our new lives together,” said Dr. Jesty, who
moved to Tennessee with her wife in 2011 to accept a teaching position
at the University of Tennessee College of Veterinary Medicine in
Knoxville, where her spouse also teaches. “When we moved to Tennessee,
we lost those protections. Now that Val is pregnant with our first
child, having those protections is more important than ever.”

Sergeant DeKoe, who served a tour of duty in Afghanistan, said:
“Fairness and equality are the guiding principles of our government, and
as a member of the armed forces, I have fought and will continue to
fight for those principles. After returning to Memphis with Thom, I was
saddened to learn that Tennessee law does not live up to those ideals in
the way it treats married same-sex couples.”

Said attorney Rubenfeld: “Tennessee is the volunteer state—it is our
tradition to honor and applaud those who voluntarily move here to enjoy
the benefits of this great state—not deny them benefits and respect
afforded them in other states. Tennessee traditionally values fairness
and family. The time has come for Tennessee law to be true to those
values by including same-sex couples who legally married before moving
to Tennessee because this state is as much their home as it is ours. We
believe that the United States Constitution requires that Tennessee law
treat married same-sex couples like all other married couples. Today, we
ask the courts to reaffirm that dignity and respect are core values in
Tennessee and that our anti-marriage recognition laws conflict with
those values.”

“Tennessee recognizes the marriages and families of all other couples
that were married out-of-state” said Harbison, a partner at Sherrard
& Roe. “It is wrong and unfair for Tennessee law to single out these
legally married couples and treat them as legal strangers to one
another simply because of who they are.”